And Yaacob sent messengers before him to Esau his brother unto the land of Seir, the country of Edom. (Gen. 32:3)
This week’s Torah portion is called  וַיִּשְׁלַח Wayashilach meaning “and he sent”.  The root word “shilach” שְׁלַח lends us such words that have been translated emissary, envoy or as it has been deemed “apostle.”  Ya’acob  sends forth these emissaries whom the Torah identifies as malakhim מַלְאָכִים literally meaning “messengers.”  This exact word is often translated “angel” after the Greco Roman vernacular.  At the end of the previous Torah Portion and within the context given we learned that Ya’acob had just encountered מַלְאֲכֵי אֱלֹהִֽים malakhei Elohim or “Messengers of Elohim” and identified them as מַחֲנֵה אֱלֹהִים machaneh Elohim or the camp of Elohim. Ya’acob named  the place Machanaim מַֽחֲנָֽיִם which is the word for camp but in the dual form implying two camps.  Obviously this camp of Messengers of Elohim are there to aid and protect Ya’acob.   Context thereby concludes that Ya’acob sent the Messengers of Elohim before him to his brother Esaw .  The Malakhim  or “messengers” brought back word that Esaw was coming to meet Yaacob with over four hundred armed men.  Concerned that Esaw was going to attack his company and smite the women and children, Yaacob divided his large family and possessions into two camps.  He then proceeded to send costly gifts of livestock ahead  to his elder brother.  After this procession  Ya’acob sent his family across the Yabbok River. 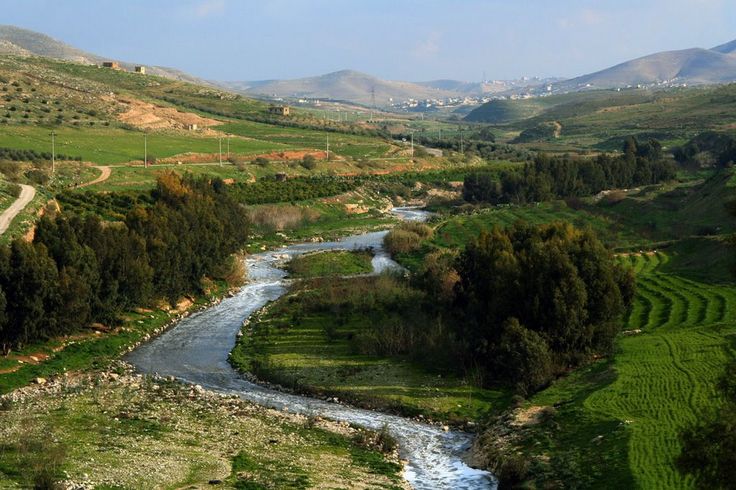 (Machanaim, Peni’el and the Yabbok River)
Ya’acob remained behind alone and the Torah records אִישׁ עִמֹּו עַד עֲלֹות הַשָּֽׁחַר “a man wrestled with him until the breaking of the day.”  This “man” is later identified as Elohim and many verses imply this was/is Malakh YaHuWaH (מַלְאַךְ יְהוָה), Messenger YaHuWaH).
After testing Ya’acob physically and spiritually by means of אָבַק abaq ,meaning to grapple or “wrestle”, and seeing he is still persistent until the daybreak he commands Ya’acob to release his grip.  When Ya’acob refuses “the man” strikes Ya’acob in the hollow of his hip dislocating the bone. Ya’acob would not let go even with his hip dislocated until he was given a berikah or “blessing” which literally means  a gifting of favor.
“Your name shall no longer be  Ya’akob (יַעֲקֹב meaning “heel grabber”) but Yisra’el (יִשְׂרָאֵל meaning”contender with El), for as a prince (sar שַׂר)  you have contended ( sarita שָׂרִיתָ ) with El and with men and have prevailed” (Beresheeth (Genesis 32:28)

The Name יִשְׂרָאֵל Yisrael or Yashar’al comes from shar שַׂר meaning prince, sarita שָׂרִיתָ meaning contend and yashar יָּשָׁר, which means upright, combined with El or Al the short form of אֱלֹהִים Elohim (Aluahym).  Literally יִשְׂרָאֵל Yisrael or Yashar’al can mean to overcome with El, to be upright with El and Prince of El.  Even more still the name also means Elohim prevails, reigns, is upright and is prince.  This name represents a duality in the overall victory of Elohim but also that of his servants, those who endure and persist.  Today most are more familiar with the pronunciation Israel.

Genesis 32:30 And Yaacob called the name of the place Peni’el פְּנִיאֵל, “For I have seen Elohim face to face, and my life is preserved.” 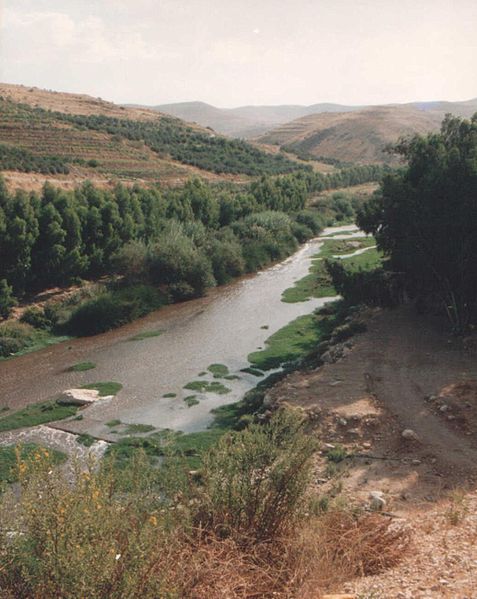 That morning, Yaacob walked with a limp across the Yabbok river and as he saw Esaw and his army of four hundred men approaching, he placed each of his children in front of their mothers.  Yaacob went ahead of the entire family and bowed down seven times as he approached his twin brother.  Esaw ran to Yaacob, embraced him, and they wept together. Esaw explained to Yaacob that he didn’t need his gifts, but Yaacob insisted, “for I have seen your face, which is like seeing the face of Elohim, and you have accepted me”. Esaw invited him to live in Seir (in Edom), but he decided to move south to Sukkot, outside the city of Shechem instead. He purchased some land from the sons of Shechem and built an altar and called the place “El, the Elohim of Israel” ( El Elohei Yisrael: אֵל אֱלהֵי יִשְׂרָאֵל)

Yaacob’s only daughter Dinah was abducted and defiled by Shechem, the prince of the city.  The prince’s father, Chamor appealed for Dinah’s hand in marriage to his son, and suggested that Yaacob and his family intermarry with them and they would inhabit the land together. Outraged at the atrocity, Yaacob’s sons devised a plan of revenge.  They agreed to intermingle but stipulated that all the males of the city must be circumcised (brit milah) in order for intermarriages to be acceptable. King Chamor and his son agreed to the terms and all the men of the city were circumcised.  On the third day, when the men were in a painful condition, Shimon and Lewi, Dinah’s brothers, entered the town and executed all the men there by the sword.  This event cause a great amount of grief and distress for Yaacob.

After the destruction of Shechem, YaHuWaH commanded Yaacob to return to Beth’el where YaHuWaH had appeared to him above the ladder to the Shamayim.  Ya’acob purged the people of their idols, commanded that the cleanse themselves and be purified before going to meet with YaHuWaH.  At Beth El YaHuWaH  appeared yet again to Ya’acob and confirmed  new name יִשְׂרָאֵל Yisrael also renewing His covenant with Abraham, Yitshaq and Yisra’el.

(Way of the Patriarchs, view from Beth El)

Yaacob set forth to his hometown, Hebron (Chebron).  On the way there Rachel died while giving birth to Yaacob’s twelfth son.  Rachel in Hebrew means a lamb, at her death she gave birth to a son and named him Ben Omni, which means “son of my sorrow”.  However his Father Yaacob renamed him Ben Yammin which means “son of the right hand.”  Here we see an amazing prophecy of the coming Messiah.  At the death of the lamb, the son of sorrow is made evident but by the favor of the Father he is made the Son of the right hand.  Yahuwshuwa, our lamb was slain as the Son of sorrow but he was elevated by his Father to sit as his right hand!

The Torah then relates  that “Reuben went and lay with Bilhah his father’s concubine.”   This added grief upon sorrow to Ya’acob at this time but at last he reaches Hebron and is reunited with his father. At this point the Torah also notes that Yitshaq (Isaac) dies at the age of one hundred and eighty years, and is buried by “Esaw and Yaacob, his sons.”

This Torah Portion concludes with a detailed account of Esaw’s genealogy, the names of his wives, children and grandchildren; the heads of his tribe which made up the nation of Edom.  There is also a list of the eight kings who “reigned in Edom before there reigned any king over the children of Israel.”

The names of the twelve sons of Yisrael (Yashar’al) in order of their birth are as follows:

Asher-“happy”
Yissachar- “there is recompense”
Zebulon-“exalted”
Yahuseph- “Yahuwah adds”
BenYammin “son of the right hand”
Prophetically this could be made into a sentence:
“See a son, heard and joined to YaHuWaH’s praise, a judge wresting a troop, happy that there is recompense, exalted, YaHuWaH adds to the Son of the Right Hand.”
This revelation reveals the only brought forth Son of YaHuWaH, who is Yahuwshuwa our Messiah!  His person is encoded within the tribes of Israel.
Toggle the Widgetbar
error: Content is protected !!