Hebrew Word/Phrase of the Week: Vayishlach

This week’s Torah Portion is called Vayishlach (וישלח), and it means “He sent ”. “And Ya’acob sent messengers before him to Esaw his brother..”. In this sad lesson, we learn not only about Ya’acob reuniting with his brother Esaw, but his daughter being captured, Rahel passing away and his father Yitshaq passing away too.


Chapter 32: And so, Ya’acob is finally on his way home after being sent away to flee from his brother Esaw’s wrath. Now on their way, Ya’acob sends messengers before him to his brother. When the messengers return and tell him that Esaw is coming to meet him with 400 men, he becomes greatly afraid! Ya’acob decides to separate his family and servants into two groups, in case one is captured. This way, maybe the others could escape. While resting the night, he prays to YHWH to save him and decides to send his brother gifts so he won’t be as angry with him. Ya’acob decides he will give him many animals, and send them in groups one at time before his family gets there. 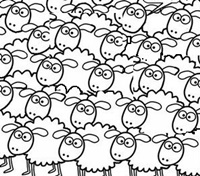 Ya’acob rises up that night and takes his family with him. When they pass over a certain area, he breaks them up into 2 groups and sends 1 group one way, and the 2nd group another way. When they are all gone and he is left alone, he finds himself wrestling with a man. When the morning comes in, the man then hurts Ya’acob hip and gives him a berikah (blessing), renaming his Yisra’el, since he has striven with Elohim and man. The sun is now up in the sky and Ya’acob limping on his hip, goes on his way.

Fun Fact: The hip joint is one of the largest joints in the body! It is a major weight-bearing joint, and stresses on the hip during walking can be 5 times a person’s body weight.


Chapter 33: When Ya’acob looks up, he sees Esaw and goes to meet him before his family gets there. Esaw runs to meet him and he hugs and kisses Ya’acob! They both weep together and after urging Esaw to accept his gifts, he takes them. Esaw asks Ya’acob to come to where he lives, but Ya’acob tells him it could take a long time because his group is very tired and the animals need to rest. Ya’acob tells him that he will still go there, but it will be a while from now. Esaw returns on his way to Se’ir where he lives, and Ya’acob goes to Sukkoth and builds a house there along with booths for the livestock. Ya’acob eventually buys a field in Shekem (in the land of Kena’an) and puts his tent there. He also builds an alter there.

Chapter 34: One day, Ya’acob’s daughter Dinah goes out to see the daughters of the land. Shekem, a prince of the land takes Dinah! Her father finds out and while the brothers are very upset, Shekem and his father Hamor, visit Ya’acob to ask for Dinah as Shekem’s wife. The brothers still very mad, deceive them by saying that if all the men of their land will circumcise themselves, then they will agree to it. But while the men of the land were still in pain from this, Dinah’s brothers Shim’on and Lewi killed all the men of the land for kidnapping their sister and took Dinah from Shekem’s house and went out.

Fun SNEAK PEEK Fact: Further on in the scriptures, Shekem is set aside as a city of refuge and even Yahuseph (Yoseph) their little brother, is buried there many years later.

Chapter 35: YHWH tells Ya’acob to go to Beyth El and dwell there. So Ya’acob tells his household to cleanse themselves and they leave. On their way, the cities around them don’t chase them because they are afraid of YHWH. When Ya’acob gets there, he builds an alter to YHWH and YHWH barak (blesses) Ya’acob again, renaming him Yisra’el. On their way to his father’s home, Rahel gives birth but passes away. Ya’acob names the baby boy BenYammin (Benjamin/Binyamin), and Rahel is buried in Beyth Lehem. Sometime after they get there, Ya’acob’s dad Yitshaq passes away at 180 years old and Ya’acob and Esaw bury their father.

Chapter 36: Esaw then takes all his belongings and moves to Mount Se’ir since there is not enough room for him and Ya’acob to live near each other, because of all the livestock they both have. Esaw becomes the father of the Edomites.