When the great prophet Mushah (Moses/Mosheh) first encountered The Almighty through the burning bush, he proposed an awesome question.

“See, when I come to the children of Yisrael (Israel) and say to them, ‘The Elohim of your fathers has sent me to you,’ and they say to me, ‘What is His Name?’ what shall I say to them?” -Shemoth (Exodus) 3:13

Mushah, whom would be called the greatest of the prophets, wanted to know the Name of his Elohim.  In fact this was so important to Mushah that it is the first question he asks of The Creator.  Oddly enough, we live in a generation where many who claim to be prophets, teach that the true Name of the Most High is irrelevant or somehow inconvenient.  However, the basic building blocks that form any relationship begin with the introduction of a name.

The Creator of the Universe revealed himself as אֶֽהְיֶה אֲשֶׁר אֶֽהְיֶה or “I exist that I exist”.  In Hebrew this is vocalized “AhaYAH asher AhaYAH” in the perfect tense and “Ehyeh asher Ehyeh” in the imperfect tense.

This powerful phrase has been translated “I am that I am” and poetically conveys the idea of self existence.  Literally this means that The Creator is self perpetuating, relying upon only himself.

And Elohim said further to Mosheh, “Thus you are to say to the children of Yisrael, ‘יהוה (YaHuWaH) Elohim of your fathers, the Elohim of Abraham, the Elohim of Yitshaq, and the Elohim of Yaacob, has sent me to you. This is My Name forever, and this is My remembrance to all generations!-Shemoth (Exodus) 3:15

The one and only revered Name revealed to Mushah supersedes time and thereby is forever revealed as יהוה (YaHuWaH).  The exact wording in the Torah states זֶה־שְּׁמִי לְעֹלָם וְזֶה זִכְרִי לְדֹר דֹּֽר, this is my name unto eternity and this is my memorial,memory or remembrance from generation to generation.  Further the concept of this name, יהוה (YaHuWaH) is to be understood as the Elohei (Mighty One of) Abraham, Yitshaq and Ya’acob, who all actively called upon the great and awesome name of יהוה (YaHuWaH).   Ha’shem or “the Name” is comprised of the verb tense הָיָה HaYAH meaning to be or exist.  This form is directly related to the short form Yah יָהּ as in HalleluYAH, which means “Praise you Yah!”  Yah is the short form of the full name יהוה (YaHuWaH).  Therefore אֶֽהְיֶה אֲשֶׁר אֶֽהְיֶה or “I exist that I exist” is a thorough explanation with grammatical insight reflecting meaning of the set-apart Name, יהוה (YaHuWaH)

In the most ancient form of Hebrew, Lashon Ibrit (Abrit) or “Paleo Hebrew”, The Name YaHuWaH is written

An example from the Dead Sea Scrolls can be viewed below:

In Modern Hebrew or Lashon Asshurite the Name is written

An example from the Aleppo Codex:

The Name of YaHuWaH appears roughly 6828 times in the Hebrew Scriptures.  In English, the four letters  generally are represented as YHWH.  However we know these four letters to be vowel-consonants according to Hebrew grammar, meaning the actual letters supply their own pronounceable vowels.  The meaning of the Name, is literally “He who exists” and is very complex yet simplified in the phrase “I am that I am”.

In the Name YaHuWaH, “AhaYAH” אֶֽהְיֶה is reduced from “I exist or I am” to “YAH” יָהּ meaning “existing” or “he exists”.  According to ancient Yemenite pronunciations and Hebrew history it is important for the verb הָיָה “haYAH” to be reflected in the perfect tense within the Name.  This carries the meaning “He exists” and is to be understood in past, present and future.

The next word in the phrase “I exist that I exist” or “I am that I am”  in Hebrew is אֲשֶׁר”asher” simply meaning, which or that, as mentioned previously.  It should be noted that the word אֲשֶׁר “asher” is interchangeable with the word הוּא “huw”, both mean “which”, “that” or “because”, though הוּא huw is also the masculine pronoun.  We see in the Name Ya-HuW=aH that Huw replaces asher.

Finally we have אֶֽהְיֶה “ahaYAH” or “I am” at the end of the phrase, which is reduced to the final syllable ah. in YaHuW-AH.  יהוה YaHuWaH can also be explained using the verb הוה Huwah which means existing thus, Ya (he) HuWaH (exists).  It is also considered that Ya alone has served as a sound of amazement such as the expressions o, oh and ah.  In this case Ya would mean “o” an expression of awe and huwah would be a form of the masculine pronoun, thus YaHuWaH could be understood as “O He” as if to emphatically state the awesome power of the Creator.  However, out of all explanations of the name יהוה YaHuWaH, the most satisfactory can only be found in the expression of the phrase אֶֽהְיֶה אֲשֶׁר אֶֽהְיֶה or “I exist that I exist.”

YaHuWaH is the Self Existing One!  He related to Mushah, that His proper Name is his memorial or mention to every generation!  This means that even today he is still the same untarnished by time has therefore bares the same Name!  The great and awesome name of יהוה YaHuWaH is to be memorialized in our heart and mentioned upon our lips!

“Go, and you shall gather the elders of Yisrael (Israel) together, and say to them, ‘YaHuWaH Elohim of your fathers, the Elohim of Abraham, of YitsAhaq, and of Yaaqob, appeared to me, saying, “I have indeed visited you and seen what is done to you in Mitsrayim– Shemoth (Exodus) 3:16

Indeed here Mushah is commanded to announce the Name, not just the phrase AhaYAH asher AhaYAH, AhaYAH or YAH but the full Name YaHuWaH when he addressed his people!  Again we see the usage of YaHuWaH’s Name more than any single word in the Scriptures, more than 6,828 times!  We are commanded to call (qara) upon the Name of YaHuWaH, for it is his mention and memorial to ALL GENERATIONS!

I am YaHuWaH: that is my name: and my esteem will I not give to another, neither my praise to graven images.-YashaYAHUW (Isaiah) 42:7 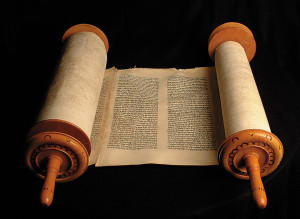 According to Torah we are not even supposed to utter the names of idols!  We are only supposed to exalt the Name of our Creator, YaHuWaH!  YaHuWaH is the “self existing one”, The “I am that I am” and he remains forever the same, unchanged by time or events of history!  This is why YaHuWaH is called “The Ancient of Days”.  He needs nothing to exist but himself, while all creation relies on his power!

And I will give them an heart to know me, that I am YaHuWaH: and they shall be my people, and I will be their Elohim: for they shall return unto me with their whole heart.-YeremiYAHUW (Jeremiah)  24:7

It is my prayer, that the words of YaHuWaH through YeremiYAHUW (Jeremiah) the prophet will come true in our day.  May we have a heart for יהוה YaHuWaH, to know him, and to know his great and awesome Name!

“Seek YaHuWaH while he is to be found, call on him while he is near”-YashaYAHUW (Isaiah) 55:6

For more information including a video presentation on the Name of YaHuWaH click here!