And Qorach, son of Yitshar, son of Qehath, son of Lewi, took both Dathan and Abiram the sons of Eliyab, and On, son of Peleth, sons of Re’uben,2 and they rose up before Mosheh with some of the children of Yisra’el, two hundred and fifty leaders of the congregation, called ones of the meeting, men of name.– Bamidbar (Numbers) 16:1-2

This Torah Portion is entitled קורח Qorach after the name of the central leader who rose in opposition to Mosheh.  קורח Korach and the leaders Dathan and Eliyab accused Mosheh and Aharon of “Rab Lechem”, which meant they had made themselves great above the congregation.  The leaders claimed that the entire community was Qodesh meaning “Set Apart” or “pure.”   Mosheh in his humility, droped to his face and made a challenge to those who had rose against him. Mosheh directs them to offer ketoret (incense) to YaHuWaH. The offering of ketoret is one of the most Qodesh of all activities that would take place in the tent of meeting. Keep in mind that Nadab and Abihu sons of Aharon were consumed by fire for offering the ketoret improperly. In the morning Korach and the two hundred and fifty rebels took their fire censors and laid incense upon them while standing at the door of the tent of meeting. 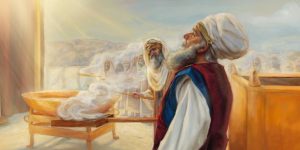 Bamidbar (Numbers) 16:9 And Qorach assembled all the congregation against them at the door of the Tent of Meeting. Then the esteem of YaHuWaH appeared to all the congregation.20And YaHuWaH spoke to Mosheh, and to Aharon, saying,21 “Separate yourselves from the midst of this congregation, and let Me consume them in a moment.”

YaHuWaH confirmed Mosheh and Aharon before all the people.

Bamidbar (Numbers) 16:22But they fell on their faces, and said, “O El, Elohim of the spirits of all flesh! When one man sins, are You wroth with all the congregation?”23 And YaHuWaH spoke to Mosheh, saying,24“Speak to the congregation, saying, ‘Move away from around the tents of Qorach, Dathan, and Abiram.

Dathan and Abiram had previously refused Mosheh’s meeting however now Mosheh goes to them.

Bamidbar (Numbers) 16:28And Mosheh said, “By this you know that YaHuWaH has sent me to do all these works, that they are not from my own heart.29 “If these die as all men do, or if they are visited as all men are visited, then YaHuWaH has not sent me.30 “But if YaHuWaH creates what is unheard of, and the earth opens its mouth and swallows them up with all that belongs to them, and they go down alive into the grave, then you shall know that these men have scorned YaHuWaH.”31 And it came to be, as he ended speaking all these words, that the ground under them split apart,32and the earth opened its mouth and swallowed them up, with their households and all the men with Qorach, with all their goods. 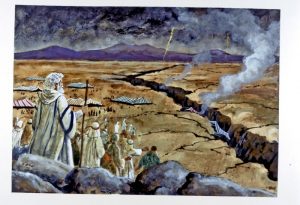 After this YaHuWaH consumes the two hundref and fifty men who were contending for the Kahuna (Priesthood) by offering the ketoret and they are burned up with fire. 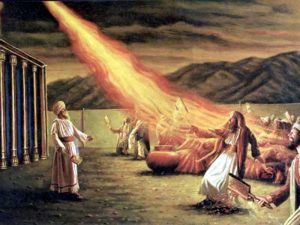 Because the fire pans used by the two hundred and fifty had been used to offer to YaHuWaH, they were now Qodesh meaning “set apart” or “pure.”  Therefore they were to be hammered into plates and used as a covering for the altar. This would serve as a reminder than no one outside the sons of Aharon were to come near and offer incense to YaHuWaH.

The very next day the people rise up against Mosheh yet again, claiming that he had caused the death of the people of YaHuWaH. Yet again YaHuWaH’s anger is kindled and yet again he breaks out against them. Immediately Mosheh tells Aharon to take a censor, put fire on it from the altar and put the ketoret on it and take it to stand in the midst of the people. He stood between the living and the dead when YaHuWaH finally stopped the plague. The number of those that died were over 14,000 beings.

The Staff of Aharon

To further prove the legitimacy of Aharon’s position of Kohen HaGadol (High Priest) yet another test is to be performed. Each one of the twelve tribal leaders are to place their staff in the Miqdash (Sanctuary). Each staff would have the name of the owner inscribed upon it and then the staffs were placed in the Tent of Appointment over night. The next day Aharon’s staff had budded and produced ripe almonds. 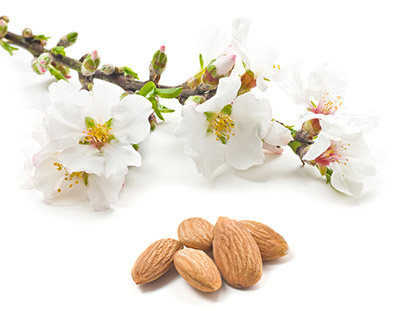 This staff was to be placed in the Ark of the Covenant as a special sign. 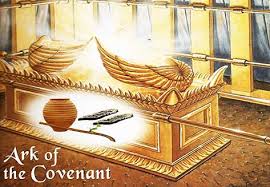 Bamidbar (Numbers) 17:12And the children of Yisra’el spoke to Mushah, saying, “See, we shall die, we shall perish, we shall all perish!13 “Anyone who comes near the Dwelling Place of YaHuWaH dies. Shall we be consumed – to die?”

YaHuWaH then establishes yet again that only the Kohanim assisted by the Lewites have the responsibility to serve before YaHuWaH. Anyone who is a stranger or of another family is warned to keep away. Because the Lewites receive no portion in the Promised Land, they are to be supported for the work they do for YaHuWaH. Twenty four special gifts are given to the Lewites which are the matnot kahunah or “gifts of the priesthood.” Meal offerings, sin offerings and guilt offerings are to be eaten by the Kohanim. A terumah or uplifting from every crop, wine, oil and the like are given to the Kohanim. The firstborn belong to the Kahunah so paying five silver sheckes redeems them. The firstborn of unclean animals are also to be redeemed, however the life of sheep, goats and cows are given as sacrifice. The Lewites also receive ten percent of produce that is grown in the land. The people are commanded to give their best to YaHuWaH.

We see in this Torah portion the values of humility. We also see the wages of rebellion. Men who are chosen of YaHuWaH cause others to become jealous, this breeds rebellion and strife, and often offends people. People get enraged with the messenger, not realizing that the message comes from YaHuWaH. Let us not think too highly of ourselves and allow YaHuWaH to fight our battles.  If he has called us, he shall confirm us even before the eyes of our enemies.