Hebrew Word/Phrase of the Week: Bo

This week’s Torah Portion is called Bo (בוא), meaning, “Come”. The first verse of the torah portion reads, ‘Come to Pharaoh, for I have hardened his heart”. This portion tells us about the remaining plagues from last time and how YHWH saves his people from slavery.

Chapter 10: YHWH tells Moshe to go to Pharaoh, and if he refuses to let his people go, he will bring locusts to their borders. So the locusts come and cover the surface of the land. They eat the food in the field that remained from the other plagues and eat every tree that grows in the field. It was very grevious. Pharaoh calls for Moshe and Aharon, and asks them to pray to YHWH.

Fun Fact: When Moshe leaves Pharaoh and prays, it’s YHWH that causes the very strong wind to blow the locusts away into the sea, so that none of the locusts remained.

Pharaoh stubbornly refuses to let them go again, and YHWH tells Moshe to stretch his hand towards the heavens (shamayim) and there was a thick darkness in all the land. No one could see each other and everyone remained in their homes. Only the children of Yashra’el had light in their homes. The darkness lasted for 3 days, and then Pharaoh calls for Moshe. After talking, Pharaoh says he won’t let them go and tells Moshe he never wants to see him again!

Chapter 11: YHWH tells Moshe that he is going to bring one more plague on Pharaoh and Mitsrayim, and then Pharaoh will drive them out of the land. Moshe speaks to the children of Yashra’el and every man and woman asks his neighbor for gold and silver objects. YHWH gives them favor in the eyes of the Mitsrites.

Chapter 12: And YHWH spoke to Moshe and to Aharon, telling them how they should prepare for the Pesach (Passover). Moshe tells the people that each family must prepare a perfect lamb and paint the blood around the door of their houses, so that the plague of the death of the first-born should pass over them.

Fun Fact: Families that were too small for a whole lamb could share with their neighbor. They could also take the young lamb from the sheep OR from the goats. They also had to eat the meat that was roasted from a fire, and couldn’t leave their houses that night.

When the plague passes over, there is a great cry in Mitsrayim, as there was not a house there that someone did not pass away. Pharaoh rises up in the middle of the night and his first-born had passed away also. Pharaoh calls for Moshe and Aharon. He finally lets them go! The people leave in mixed multitudes with their flocks, herds, and alot of livestock. They baked their unleavened cakes of dough, as their breads did not have time to rise and they had to leave Mitsrayim in haste. 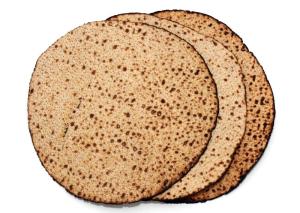