“And YaHuWaH said to Mosheh, “Go into Pharaoh, for I have hardened his heart and the hearts of his servants, so that I show these signs of Mine before him.” Shemoth (Exodus) 10:1

יהוה (YaHuWaH) spoke to Mosheh בֹּא “Bo” or “go” to Pharaoh.  This term בֹּא “Bo” is where the title of this Torah Portion derives.  Mosheh warned Pharaoh that if he would not repent and let his people go that יהוה (YaHuWaH) would fill the land of Mitzrayim with locusts such had never been before. Pharaoh is advised to allow some of the Hebrews to go a three-day journey into the wilderness to celebrate a festival but to leave the livestock and the women. However, M0sheh demanded all the children of Yisrael to be set free, which enraged the Pharaoh, and he refused to let the people go. The following day YaHuWaH commanded Mosheh to stretch out his staff over the land and swarms of locusts covered the earth and devoured the remaining crops. After this Pharaoh seemed to be humbled yet his heart was hardened yet again. 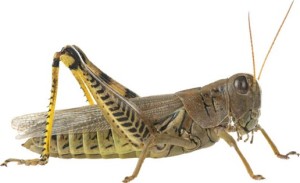 The next plague inflicted on the Mitsirites was a darkness that could be felt throughout the land of Mitzrayim! In the land of Goshen there would be light for the children of Yisra’el. The plague of darkness lasted three days, after that Pharaoh commanded Mosheh to leave and take his people but leave their flocks. Mosheh demanded their flocks as well and yet again Pharaoh’s heart was hardened.

For the final plague YaHuWaH instituted the korban Pesach (Passover sacrifice) and the chag (festival) of Unleavened Bread as a ransom for the children of Yisra’el.  YaHuWaH commanded that all of Yisrael were to select a perfect lamb on the 10th day of the first (rishon) new moon (chodesh). The New Year begins when the barley is Abib (tender green heads) and the rosh chodesh (new moon) is seen. The lamb is selected on the 10th and kept by the family for four days, historically either in the home or tied to the house post outside. On the fourteenth day of the new moon (chodesh) between the evenings the Passover is to be slaughtered, roasted in fire and consumed with Maror (bitter herbs) and Matzah (unleavened bread). The blood of the sacrifice was to be applied to the doorposts as an אֹת “oth” which means a sign or token. YaHuWaH was to strike the firstborn of man and beast that night and whoever was not in a home with the blood applied to the door would die. 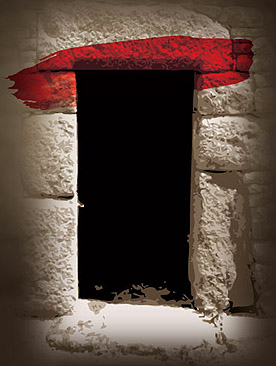 Exodus 12:13 ‘And the blood shall be a sign for you on the houses where you are. And when I see the blood, I shall pass over you, and let the plague not come on you to destroy you when I smite the land of Mitsrayim.

את – Alef and Taw is the first and last letter of the Hebrew (Abryt) language. Messiah Yahuwshuwa said numerous times in the book of Revelation, I am Alef and Taw.

The firstborn of Yisra’el was to be ransomed with the price of a perfect male lamb. For 7 consecutive days unleavened bread (matzah) is to be eaten. Matzah must not cotain seor which is the Hebrew word for yeast that is specifically made from fermentation from the five grains that are native to Yashar’al. No chametz (leavened bread) or seor (yeast) may be seen with with YaHuWaH’s people for seven days. 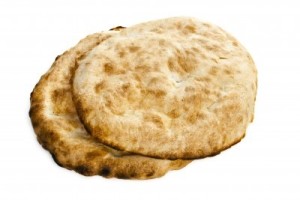 In the middle of the night (bein ha lilah) YaHuWaH struck the firstborn of Mitzrayim from Pharaoh to the firstborn in the dungeon. There was a great cry in the land of Mitzrayim such had not ever been. Pharaoh called for Mushah by night and demanded that he and the children of Yashar’al leave with their wives, little ones and their flocks. YaHuWaH commanded that the children of Yashar’al remember this night forever and observe the sacrifice of the Pesach (Passover) each and every year forever.

Shemoth (Exodus) 13:9“And it shall be as a את -sign to you on your hand and as a reminder between your eyes, that the Torah of YaHuWaH is to be in your mouth, for with a strong hand YaHuWaH has brought you out of Mitsrayim.

And it shall be a sign, an Alef Taw את, to you on your hand and between your eyes, in your forehead! If you want to avoid the “mark of the beast” you must be sealed with the sign, the את“oth” of YaHuWaH, sealed with is mighty and excellent Name. The hand represents the work we do and the forehead the thoughts we have.

YaHuWaH ransomed the life of Yitshaq, Abraham’s beloved son with the blood of a ram and now he is telling Abraham’s descendant’s to ransom the life of their son’s with a lamb. 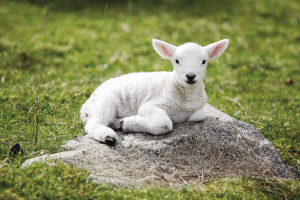 In this we see  a pattern and foreshadowing of the death of the firstborn of YaHuWaH, the lamb, YaHuWshuwa!  The Messiah (Ha’Mashyach) who was promised to come in the Torah and by the prophets is YaHuWshuwa! He is called the lamb of YaHuWaH. He was killed as a martyr of YaHuWaH on the fourteenth day of the first month on the day the Passover lambs were slaughtered.

-Judgment against the idols Hapi and Khnum

-Judgment against the idol Geb

Interestingly enough we have an eye witness account of the ten plagues recorded by the Egyptian (Mitsirite) scribe Ipuwer.  In the early 19th Century a papyrus was discovered in Egypt dating to the end of the Middle Kingdom. The complete papyrus can be found in the book Admonitions of an Egyptian from a heiratic papyrus in Leiden. The papyrus describes destructive upheavals in Egypt, starvation, drought, an exodus of slaves who took the wealth of the Egyptian, and death throughout the land.  Below are excerpts from the papyrus together with their parallels in the Book of Exodus. 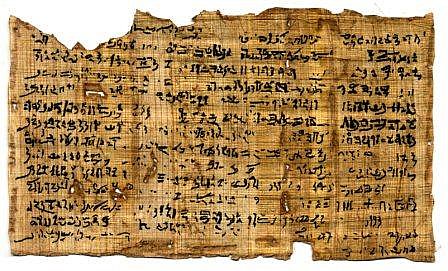 The following is a brief comparison with the plagues in the Torah compared to the witness of Ipuwer the scribe who lived in ancient Egypt.  There are many more similarities than listed below.
1. The Plague of Blood as mentioned in Exodus 7: 14-25

Ipuwer 2:3 Pestilence is throughout the land, blood is everywhere.

Ipuwer 2:9 The River (Nile) is Blood. When men drink of it they loose their humanity and thirst after water.

2. The Plague on Egyptian Livestock as found in Exodus 9: 1-7

Ipuwer 9:23 The fire ran along the ground. There was hail, and fire mingled with the hail.

Ipuwer 2:10 Forsooth (Help Us), gates, columns, and walls are consumed by fire.

Ipuwer 6:1: No fruit nor herbs are found¦Oh, that the earth would cease from noise, and tumult (uproar) be no more.

Ipuwer 4:14: Trees are destroyed and the branches are stripped off.

Ipuwer 9:11 The land is without light.

6. The Plague on Egypt’s Firstborn in Exodus 12

Ipuwer 2:13 He who places his brother in the ground is everywhere.

Ipuwer 3:14 “Groaning is throughout the land, mingled with lamentations.”

Ipuwer 4:3 “Forsooth, the children of princes are dashed against the walls.”

Ipuwer 6:12 “Forsooth, the children of the princes are cast out in the streets.”

Ipuwer 1: “The plunderer is everywhere, and the servant takes what he finds.”

Ipuwer 3: “Gold, silver and jewels are fastened to the necks of female slaves.”

Ipuwer 5: “Slaves (who have now been freed) are throughout the land.”

The timing of this papyrus matches the history of the scriptures.  We know according to 1 Kings 6:1 that the Temple built by Solomon was built 480 years after the Exodus.  The Yahudi (Jewish) Historian Artanpanus tells us that the Pharaoh which ruled when Mosheh (Moses) was born was called Kanneferre, who is Sobekhotep the 4th.  This means the likely candidate for the Pharaoh of the exodus is Dudimose the second.  With all this in mind, Ipuwer who recorded the plagues in Egypt would have been contemporary to Mosheh (Moses) and the plagues he experienced came from the might of YHWH (YaHuWaH!)

YaHuWaH smote Mitzrayim with a mighty right hand! This is a foreshadowing of what will happen in the last days when YaHuWaH smites the Babylonian system. May we have the blood of a spotless lamb upon us as a sign on that day, that we may be spared from the wrath that is to come. Let us end this study with the words of our teacher, rabbi and Messiah, Yahuwshuwa who said “Come out of Babylon my people, that you not become partakers in her sins!”