Meaning: ‘You go forth ‘

This week’s Torah Portion is called Lech Lecha (לך לך), and it means “ you go forth.” The first verse says, “And YHWH said to Abram, “Go yourselves (Lech Lecha) out of your land, from your relatives and from your father’s house, to a land which I show you.”

Chapter 12: YHWH tells Abram he will make him a great nation. And through Abram, all the people of the earth will be baruch (blessed)! Abram listens to YHWH and does what he is told. He takes his wife, nephew Lot, his servants and all his things. They head on their way to Kena’an.

Fun Fact: Abram is 75 years old when he leaves Haran!

On their way, they re 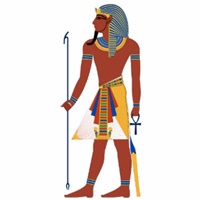 st in Shekem and YHWH reveals himself to Abram. He tells him that He will give the land they are going to, to his children, and then Abram builds an altar there. They make another stop near Beyth El, and Abram builds another alter to YHWH. Soon, a famine comes onto the Land. Abram and Sarai travel to Mitsrayim (Egypt) to get food.

Fun Fact: What is a famine? A famine is a widespread scarcity of food. Did you know that nearly every continent on the world ha experienced a period of famine throughout history?


Abram knows that Sarai is very beautiful. Before they get there, Abram warns Sarai. He tells her to tell anyone who asks that they are brother and sister. Abram says this because he fears Pharaoh’s guards will kill him so Sarai can be Pharaoh’s wife instead! Now Pharaoh was a very rich and powerful leader of Mistrayim (Egypt) at the time. When Pharaoh’s guards see Sarai, she is taken. But overnight, YHWH plagues Pharaoh with great plagues and Pharaoh sends them away with many gifts.

Chapter 13: Abram goes back to where they stayed before, near Beyth El. Abram has ALOT of things, and animals, but so does his nephew Lot. There’s not enough room for the both of them, so they split for the people and the animals to have more space to live. Lot goes to live near the city of Sodom, a very bad place that YHWH hates. But YHWH shows Abram where his land will be and then Abram moves his tent there. He also builds another slaughter place.

Fun Question: How many slaughter places has Abram built so far? (Answer: 3)

Chapter 14: Soon after, a very big fight happens between 4 kings and 5 other kings. Lot and his family are taken away as prisoners during the fight! One of Lot’s men gets away and runs to find Abram. Abram takes 318 of his trained servants with him and they run to his rescue. The king of Sodom thanks them!

Chapter 15: After these events, YHWH comes to Abram in a vision and makes a special covenant (a deal) with Abram. He tells him that his children will suffer in exile for 400 years – but will then be freed and brought to the Set-Apart Land which will be theirs forever.

Fun Fact: Did you know that here in scripture a 100 years is considered a generation? That means Abram’s seed (children) will be in bondage for 4 generations.

Chapter 16: Abram and Sarai were married for a long time and didn’t have any children. Even worse, they were pretty old and getting older. How could Abram’s children inherit the land YHWH was giving them if he didn’t have any kids? Sarai encourages Abram to marry her servant Hagar, to give Abram the chance to have a child. Hagar becomes pregnant and runs away after Sarai treats her harsh for being really mean to Sarai. But Hagar then returns to Abram’s home after a messenger tells her to go back. Hagar later has the baby and they name him Yishma’el.

Fun Fact: Abram is 86 years old when Yishma’el is born!

Chapter 17: YHWH tells Abram again that he will make him a great nation. He makes a covenant with Abram and commands him to circumcise himself and all his men as a sign of their covenant. YHWH changes Abram’s name to Abraham and Sarai’s name to Sarah and tells Abraham that they will have a child named Yitshaq (Isaac) and that from Isaac will come the nation to which YHWH promised the Set-Apart Land. At this time, Abraham is 99 years old and Sarah is 89.

Fun Fact: All Yahudi boys do a brit milah (circumcision) at 8 days old.