Hebrew Word/Phrase of the Week: Va’era

This week’s Torah Portion is called Va’era (וארא), meaning, “And I Appeared”. As YHWH appeared to Abraham, Yitshaq and Ya’acob, he is establishing his covenant and plaguing Mitsrayim until Pharaoh will let his people go!

Chapter 6 (cont.): In last week’s Torah Portion, we ended with Moshe travelling to see Pharaoh, and Pharaoh tells him that he will not let his people go. So Moshe speaks to YHWH and YHWH tells him that Pharaoh will not only let them go, but he will even drive them out of the land. YHWH tells Moshe that he will save the Hebrew people, and will bring them into the land that he swore to give to Abraham, to Yitshaq, and to Ya’acob as an inheritance.

Fun Fact: Did you know that Moshe (and Aharon) are the great-grandsons of Lewi? Ya’acob’s son Lewi has Qehath, who has Amram, who is Moshe and Aharon’s father!

Chapter 7: YHWH makes Moshe like an elohim to the people, and Aharon, his prophet.

Fun Fact: Moshe is 80 years old when he goes to speak to Pharaoh. His brother Aharon is 83!

He tells Moshe what to tell Aharon when they meet the Pharaoh again, and Moshe tells Aharon to take his rod and throw it before the Pharaoh and it becomes a serpent. However, when this happens, Pharaoh calls for his magicians and they do the same with their magic. And even though Aharon’s rod swallows up their rods, the Pharaoh’s not convinced.

YHWH tells Moshe that the next morning, he and his brother Aharon are to go to the riverbank to meet Pharaoh, and tell Pharaoh to let his people go! The next morning comes and they do as YHWH commands them, and Moshe tells Aharon to lift up his rod and strike the waters, and the waters become blood.

Fun Fact: When Aharon does this gesture, it is actually YHWH who REALLY strikes the waters.

Now after the waters were striked, all the fish died and the ‘waters’ stank. The water was not drinkable. Even what was found in containers was the same. But, the magicians of Mitsrayim did the likewise with their magic, and Pharaoh was not convinced, again.

Chapter 8: Moshe and Aharon come to Pharaoh another time and warn Pharaoh that if he doesn’t let YHWH’s people go, another plague is coming. And so, next comes the frogs… Lots of them! Frogs in their bedrooms, on their beds, on the people, in their ovens, and in their bowls! 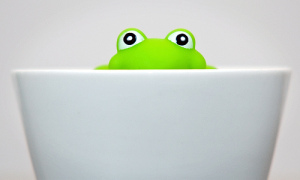 This time, Pharaoh calls for them and tells them to pray to YHWH to take away the frogs, and he will let them go. So Moshe prays as Pharaoh asked him, and all the frogs die away. The people gather them together in heaps and the land stinks! But of course, when Pharaoh sees that there is relief from all the frogs, he hardens his heart again. This continues to go on, and the next plague is gnats. Then flies! And even so, Pharaoh continues to refuse to let the people go.

Fun Fact: When YHWH plagues the Mitsrites with flies, he distinctly separates the land of Goshen where the Hebrews live, so that no swarms of flies should be there, to let Pharaoh know that YHWH is in the midst of the land.

Chapter 9: After these events, YHWH sends another plague, the next on the livestock of Mitsrayim. Then comes boils and sores on the people and animals of Mitsrayim. Still, Pharaoh would not listen and let them go! So next came thunder, and hail, and fire! Why couldn’t Pharaoh just let the people go?!

That’s it for this week.