Hebrew Word/Phrase of the Week: Mishpatim

This week’s Torah Portion is called Mishpatim (משפטים), meaning “judgments.” YHWH tells the people what they should do when specific situations arise, and Moshe stays on the mountain for 40 days and 40 nights.

Chapter 21: Last week, we learned about the 10 commandments that YHWH gave to Moshe on Mount Sinai for the people. This time, YHWH gives guidance on how to treat people and even animals. He also tells us what to do when certain situations arise, and when problems come up; Like what a Hebrew was suppose to do when he has a Hebrew slave. And what if he had a wife when he first became a slave, or was given one from his master while he was slave? YHWH gives the people instructions about what to do in these situations, as well as a couple of other scenarios in slavery, when people fight, ox’s are injured, or an ox hurts a person. 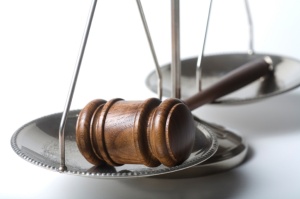 Fun Fact: In Hebrew, the Torah portion opens with, “And these are the judgments”. By saying and these, he is including them with his ten words given at Mount Sinai.

Chapter 22: In this chapter, YHWH tells the people what to do when there’s a thief, and what he should repay if caught. He also instructs on what to do when a neighbor is watching your items or animals for you and they are stolen. He also tells of a few other situations, and emphasizes that you should definitely not hurt or make trouble for widows or orphans.

Fun Fact: YHWH lets us know in this chapter that he shows favour! In context, don’t take anyone’s clothes and keep it after dark if they really need it. YHWH says that if he cries to him, he hears and shows favour.

Chapter 23: YHWH informs us not to be a fake witness, or report false things. He says not to follow a crowd that does evil, and to still return a ox or donkey to your enemy, if you find that’s it lost. He also warns us to stay far away from false matters and if you didn’t already know why you shouldn’t take a bribe, YHWH says it “blinds the one seeing and twists the words of the righteous”. He also lets us know what festivals we should celebrate (Pesach, Shabuot and Sukkot).

Chapter 24: Then Moshe writes down all the Words of YHWH. In the morning, he built a slaughter-place and the people offered offerings. Moshe took the Book of the Covenant and read it aloud to the people, and they agreed. Moshe, his brother, his brother’s sons and 70 of the elders then went up and saw Elohim. Even though only Moshe was supposed to come up, YHWH did not stretch out his hand against them!

Fun Fact: When Moshe, his brother, his brother’s sons and the 70 elders saw Elohim, his feet were on a paved work of sapphire stone.

YHWH tells Moshe to come up the mountain and he would give him the tablets of stone and the Torah, and the command that he has written, to teach them. Moshe goes into the midst of the mountain and stayed there for 40 days and 40 nights.