And Yithro, the priest of Midyan, Mosheh’s father-in-law, heard of all that Elohim had done for Mosheh and for Yisrael His people, that YaHuWaH had brought Yisrael out of Mitsrayim.- Shemoth (Exodus) Shemoth 18:1

Mushah’s father-in law, Yithro heard all the amazing works YaHuWaH had done for his people. He journeyed from his home to mount Horeb bringing Zipporah, Mosheh’s wife and two children, Gereshom and Eli’ezar. When Yithro hears and sees firsthand what YaHuWaH has done for Yisrael , he proclaims “Baruch be YaHuWaH… Now I know that YaHuWaH is greater than all the mighty ones, indeed in the matter in which they acted proudly, above them.” Yithro also brought burnt offerings to YaHuWaH in the presence of all the elders of Yisrael.  We know from the text that Yithro was a Kohan or “priest” of Midyan, having heard of many so called mighty ones, now Yithro is convinced of the true supreme power of YaHuWaH, that he is above all. The following day, Mushah stood before the people from the break of day to the setting of the sun, rightly ruling them and judging their cases. Yithro inquired why Mosheh allowed himself to be so worn out, which Mosheh responds “the people come to me to seek Elohim.” Yithro advises Mosheh to appoint honest men who hate greed and deceit as leaders over the people so that they may judge all the smaller matters and leave the larger, difficult decisions for Mosheh. Mosheh heeds the words of Yithro and appoints leaders over the people.  For this reason Yithro is considered the Father of the Beit Din which means house of Judgement which is called the Sanhedrin.

In the third new moon of the Exodus from Mitsrayim, the children of Yisrael arrived in the wilderness of Sinai. Mosheh (Mushah) went up the mountain to speak with Elohim. YaHuWaH spoke from the mountain to Mushah, saying speak these words to Yisrael:

“You have seen what I did to the Mitsrites, and how I bore you on eagles’ wings and brought you to Myself.‘And now, if you diligently obey My voice, and shall guard My covenant, then you shall be My treasured possession above all the peoples – for all the earth is Mine –‘and you shall be to Me a reign of priests and a set-apart nation.’ Those are the words which you are to speak to the children of Yashar’al.”–Shemoth (Exodus) 19:4-6

We are called to be a מַמְלֶכֶת mamelecet (kingdom or reign) of כֹּהֲנִים Kohanim (priests or dedicated servants) and a קָדֹושׁ qodosh (set apart, pure) גֹוי goy (nation). If we will obey the voice of YaHuWaH and heed his word we will be his treasured possession. The Almighty YaHuWaH Elohim, has declared we will be his סְגֻלָּה segulah or personal treasure!

After Mosheh (Mushah) spoke these words to the congregation, they replied “all that YaHuWaH has spoken we shall do.” Mosheh then goes back up the mountain where he is told to have the entire camp be qodesh and to set themselves apart because in three days YaHuWaH is going to descend the mountain and speak to the entire nation.  They were to cleanse their garments and not come near their wives for three days. Further Mosheh is commanded to build a boundary around the base of the mountain to keep the children of Yisrael back so they will not die due to YaHuWaH’s awesome presence. YaHuWaH warned that not a hand is to touch the mountain or the boundary that is built and if man or beast were to touch it they shall be stoned or shot with an arrow.

“I am YaHuWaH your Aluahym, who brought you out of the land of Mitsrayim, out of the house of slavery. “You have no other mighty ones against My face.

“You do not make for yourself a carved image, or any likeness of that which is in the heavens above, or which is in the earth beneath, or which is in the waters under the earth,you do not bow down to them nor serve them. For I, YaHuWaH your Aluahym am a jealous Al, visiting the crookedness of the fathers on the children to the third and fourth generations of those who hate Me, but showing kindness to thousands, to those who love Me and guard My commands.

“You do not bring h the Name of YaHuWaH your Aluahym to naught, for YaHuWaH does not leave the one unpunished who brings His Name to naught.

“Respect your father and your mother, so that your days are prolonged upon the soil which YaHuWaH your Elohim is giving you.

“You do not murder.

“You do not commit adultery.

“You do not steal.

“You do not bear false witness against your neighbour. 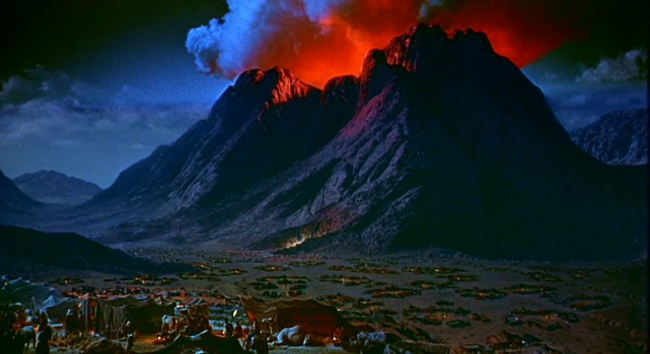 The text states that the people saw the lightening flashing and the sound of the ram’s horn, along with the mountain smoking and they trembled. What is interesting is that the text implies they were able to see sounds during this tremendous experience. They cried out to Mosheh, “you speak to Elohim for us and we will do all that you say but do not let Elohim speak with us lest we die.” Mosheh responded to the people not to fear for YaHuWaH had come to them to prove them so they would fear before him and not sin. The people stood at a distance but Mosheh drew near the thick darkness where YaHuWaH was.

And YaHuWaH said to Mosheh, “Say this to the children of  Yashar’al (Israel): ‘You yourselves have seen that I have spoken to you from the heavens. ‘You do not make besides Me mighty ones of silver, and you do not make mighty ones of gold for yourselves.‘Make an altar of earth for Me, and you shall slaughter on it your burnt offerings and your peace offerings, your sheep and your cattle. In every place where I cause My Name to be remembered I shall come to you and barak you. Shemoth (Exodus) 20:22-24 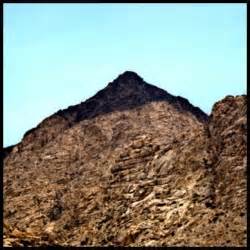 YaHuWaH goes further to state that if they build an altar of stone for him not to use a chisel on it for they will profane it. He also states that they should not go up steps to his altar so that there undergarments or “nakedness” is not exposed on it.

Many do not seem to realize that the first of all the ten commands is “Ani YaHuWaH” or “I am YaHuWaH.” One cannot claim to keep the ten commands or any of the commands for that matter without understanding this very important revelation. There are ten words or sayings that YaHuWaH gave Yisrael, it is no coincidence that we have ten fingers and ten toes. We have ten fingers to “do his work” and ten toes to “walk in his ways”. The first four and technically even the fifth command has to do with our relationship with YaHuWaH. The fifth command through the tenth deals specifically in our relationship with our fellow man. Yahuwshuwa said that the love of YaHuWaH and the love of our fellow man were the two main principals of the Torah and Prophets. 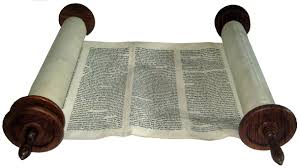 Also we must note that Yahuwshuwa Ha Mashyach is the Word or Debar of YaHuWaH, literally Debar YaHuWaH. Therefore it is safe to say that Yahuwshuwa is also the voice of YaHuWaH and the embodiment of all of his righteous commands and decrees. We cannot have Messiah without Torah nor can we have Torah without Messiah because they are in essence the same. The Torah is the word and so is Messiah. Yahuwshuwa is the Torah of YaHuWaH! We should walk as he walked and live as he lived.

Never before had an entire nation of over one million people seen YaHuWaH appear in the midst of the dark cloud and fire and speak!  Such an experience has not happened since this time.  When YaHuWaH uttered his ten words or commands the entire nation agreed to do his will.  Essentially this is the wedding vow YaHuWaH made with his people.