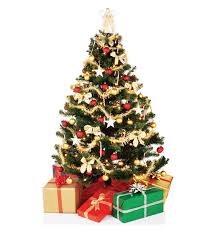 One doesn’t have to search very hard to find the truth concerning the pagan origins of Christmas.  In fact it is safe to say anyone reading this is familiar with the idea that the Christmas holiday is steeped in ancient paganism.

It is accepted by Christian and secular scholars that December 25th was actually a pagan holiday commemorating the heathen deity Mithra.  This may be quite disturbing to some but to many this is common knowledge.  We live in an age of information and many have heard this on television, the radio or most likely the internet.  However this information is nothing new and is readily available in a vast amount of Encyclopedias.

New World Encyclopedia states, Besides its Christian roots, many Christmas traditions have their origins in pagan winter celebrations. Examples of winter festivals that have influenced Christmas include the pre-Christian festivals of Yule,[2] and Roman Saturnalia.  The feast of Sol Invictus on December 25 was a sacred day in the religion of Mithraism, which was widespread in the Roman Empire. Its god, Mithras, was a solar deity of Persian origin, identified with the Sun. It displayed its unconquerability as “Sol Invictus” when it began to rise higher in the sky following the Winter Solstice—hence December 25 was celebrated as the Sun’s birthday. In 274 C.E., Emperor Aurelian officially designated December 25 as the festival of Sol Invictus. 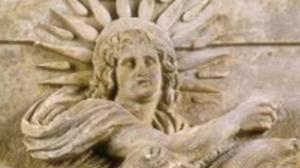 The pagan origins of Christmas cannot be denied.  In fact many wiccans and self proclaimed witches boast in the fact that the most beloved of the Christians holidays originate in the worship of their own deities.

Christmas: “In the Roman world, the Saturnalia (December 17) was a time of merrymaking and exchanging of gifts. December 25 was also regarded as the birthdate of the Iranian mystery god Mithra, the Sun of Righteousness. On the Roman New Year (January 1), houses were decorated with greenery and lights, and gifts were given to children and the poor. To these observances were added the German and Celtic Yule rites when the Teutonic tribes penetrated into Gaul, Britain and central Europe. Food and good fellowship, the Yule log and Yule cakes, greenery and fir trees, gifts and greetings all commemorated different aspects of this festive season. Fires and lights, symbols of warmth and lasting life, have always been associated with the winter festival, both pagan and Christian” (Encyclopedia Britannica, 15th ed., vol. II, p. 903).

Christmas is technically a catholic mass, an infusion of old world paganism with a Christian flare.  The Catholic encyclopedia refers to the date as Natalis invicti the same title it bore when it was considered  the birthday of Sol Invicti.  In 350 Ad Pope juilius the 1st set the official date for Christ Mass.

The Catholic Encyclopedia states The well-known solar feast, however, of Natalis Invicti, celebrated on 25 December, has a strong claim on the responsibility for our December date.

This date was actually universally accepted in many nations for thousands of years as the birth date for their respective sun deities.  For example the Egyptian Mother Goddess, Isis, gave birth to Her son Horus, the Sun deity, on the Winter Solstice. On the same day of the year, the Greek goddess Leta gave birth to the bright, shining Apollo; and Demeter, the Great Mother Earth Goddess, bore Dionysus. The shortest day was also the birthday of the Invincible Sun in Rome, Dies Natalis Invictis Solis, as well as that of Mithra, the Persian deity of light.

For more information about the Pagan Origins of Christmas please watch the following presentation.