This is the genealogy of Noach. Noach was a righteous man, perfect in his generations. Noach walked with Elohim. –Beresheeth (Genesis) 6:9

The name נֹחַ Noach or “Nuwach” actually means rest or comfort. This Noach is called ish tsaddiq, meaning man of righteousness, order and justice. He was perfect in his generation and in his genealogy having been the tenth man from Adam through the lineage of Sheth. The Nephilim having been upon the earth in those days, the righteous line had not tainted itself with them or the descent of Qayin. Therefore we read of this man, that the Torah bares witness concerning his perfect walk calling him Tsaddiq (righteous) and upright and he walked with Elohim as did his fathers before him. Noach was born in the year 1056 from the point of the announcement “Let there be light.” His great grandfather before him Hanok had walked with Elohim and was taken from the earth by YaHuWaH.  Now in an age of corruption, idolatry, and perversion YaHuWaH speaks to Noach “The end of all flesh has come before me.”

Noach is commanded to construct ha’tebah, which literally means box. The tebah was not a tradition “boat” but rather a box style vessel, a four hundred fifty foot long marine vessel or “ark” comprised of three levels. The inward surface area would be approximately 101,250 square feet. The ark was made of “gopher wood” which is thought to be cypress based on the Greek Kyparissos and linking that to the Hebrew kaphar or “gaphar”. Although hebrew commentaries have identified Kaphar with species of Cedar. Both are absolutely resilient woods and before the flood the growing conditions were much different, it has been proven that the atmosphere contained at least 50% more oxygen. This would mean the cypress or cedar of Noach’s day were quite the specimen, something much larger and stronger than what we would see today. This box shaped marine vessel is to be kaphar or “covered” with pitch inwardly and outwardly. The word kaphar gives us the word kippur hence Yom Kippur, the Day of Atonement or literally Day of Covering. We see a picture here in the redemption that will take place through Noach. Noach built the “ark” accordingly with the help of his three son’s Shem, Ham and Yapheth. YaHuWaH promised to establish his brit or covenant with Noach and protect his family. They were commanded to gather food for themselves and for animals who would also board to be spared of the coming great destruction. 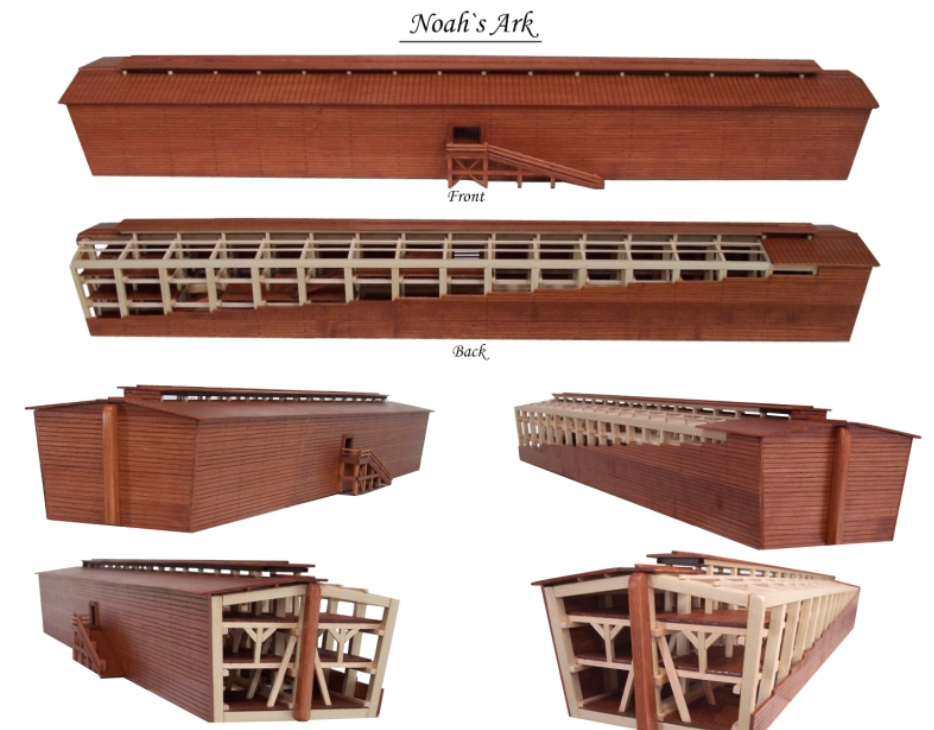 Two by two the animals of all species of land animals and birds entered when the time came, only a pair of the unclean and seven pairs of the clean. Thus proving that since the beginning YaHuWaH has distinguished between the clean “tahor” and unclean “tame” and that he taught this to all people. Only eight people, Noach his wife, his three son’s and their wives entered Ha’Tebah and was spared from the great wrath that was to come.
In the six hundredth year of Noach’s life, on the 17 day of the second month the “fountains of the great deep” burst and rain fell upon all ha’arets (the land) resulting in the worldwide mabbul or flood. The rains fell for a period of forty days and nights although the key to the flood is understanding the earth contains a great amount of water under pressure beneath it’s soil and that there are vents in the deep of the oceans. Most of the water came from the great deep but the mayim above the raqia (firmament or “atmosphere”) fell also which forever changed the atmospheric conditions causing animal and human life to be shorter and causing degradation to the world on all levels. This flood is responsible for creating the pressures needed for fossils of of soft-bodied organisms and even plant life which under ordinary circumstances decompose quickly and do not fossilize. Without the global flood there is no answer to finding fossilized sea creatures on Mount Everest. 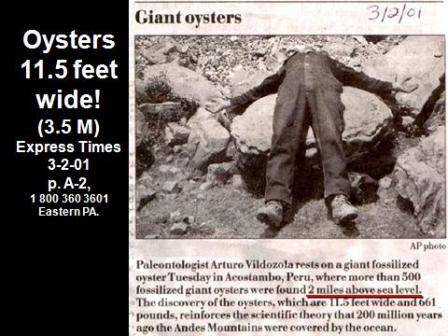 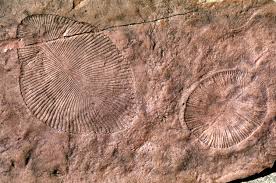 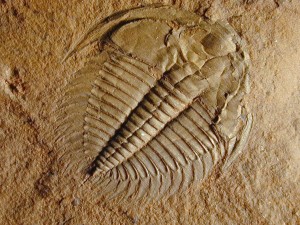 Today all civilizations maintain a flood legend of some account, not be coincidence but due to the underlining truth. After one hundred and fifty days the waters begin to recede and on the seventeenth day of the seventh month the Teibah rested on the mountains of Ararat. Noach released a raven a series of doves to see if the waters had receded enough, finally a dove returns with an olive branch as a sign to Noach. The olive is a sign of Messiah, which means anointed coming from the Hebrew word Mashyach. One must be anointed with the carrying oil which is olive oil. The ground was dry one complete solar year after the waters burst forth. The flood changed the geography so quickly, carving mountains, canyons, valleys and depositing rock layers in such a way that the earth now bares record. The waters receded into the vents beneath the ocean deep and what remains is found in our ocean. This planet is covered mostly by water than dry ground in a proportion of approximately 70%. If the mountains and hills were all made flat, water would totally cover the earth. Therefore the question of where the waters went are quite obvious.

Noach removed the covering of the Teibah or “ark” and built an altar to offer sacrifice unto YaHuWaH using every clean animal. When YaHuWaH smelled the fragrance of the offering he spoke in his heart saying he would never again destroy the earth with the waters of the flood. YaHuWaH established his covenant or brit with Noach and his descendants never to destroy the earth again with the flood. The token of the covenant would be the sign of the rainbow known as Qeshet in Hebrew. The Qeshet is actually an eternal part of the Kabod or “esteem” of YaHuWaH. YaHuWaH commands that they be fruitful and multiply but gives them prohibitions of eating blood and against murder and he establishes that any who kills a man whether is be man or beast must be killed. This is the enforcement of capital punishment, man or beast cannot escape the judgment of YaHuWaH. The ark of Noach resides on the Mountains (plural) of Ararat. 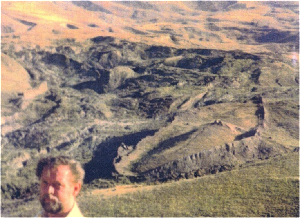 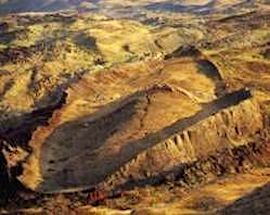 Noach became a man of the soil and he planted a vineyard. After having drunk of the wine of his vineyard he lay in his tent uncovered and exposed. His son Cham (Ham) saw his father’s nakedness and made him disgraced and humiliated because he told his brothers. However his brother covered their father with their backs to him, never looking upon his nakedness. When Noach realized what had happened to him and how he had been degraded by his son Cham he cursed Cham’s firstborn Kena’an (Canaan).
Beresheeth (Genesis) 9:24 And Noah awoke from his wine, and he knew what his younger son had done to him, 25and he said, “Cursed is Kena’an, let him become a servant of servants to his brothers.” 26 And he said, “Blessed be YaHuWaH, the Elohim of Shem, and let Kena’an become his servant. 27“Let Elohim enlarge Yepheth, and let him dwell in the tents of Shem. And let Kena’an become his servant.”

Kena’an will be a servant of servants while YaHuWaH is the Elohim of Shem. Yepheth would be enlarged and should dwell in Shem’s tents and Kena’an will serve them. From these three men the seventy nations or goyim came into existence. 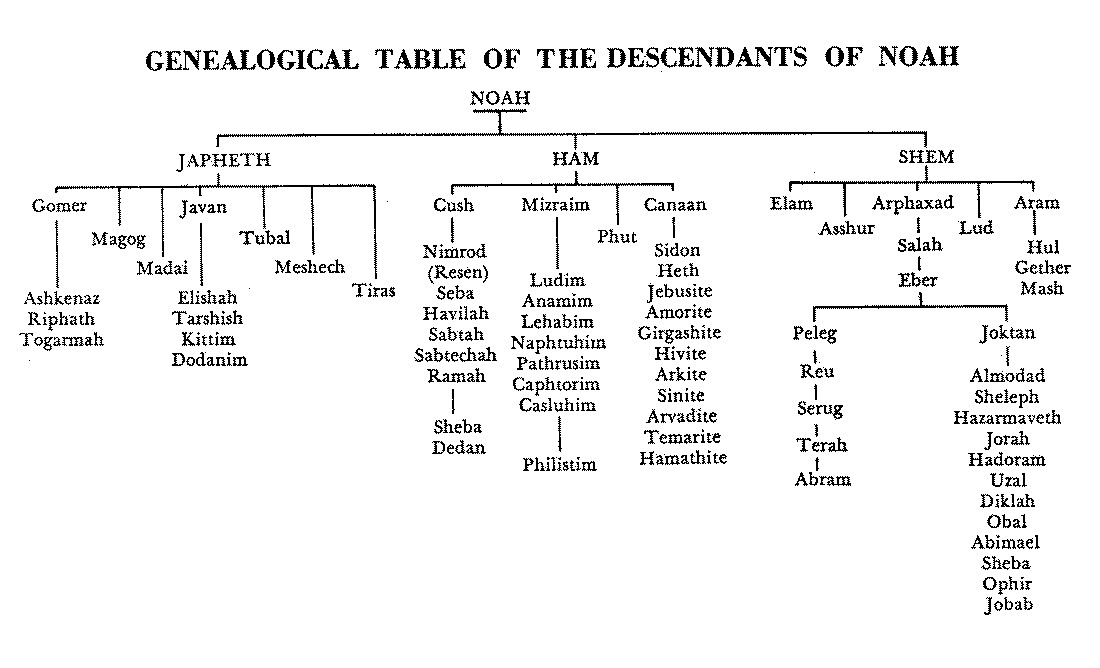 From Shem would come forth Abraham, Yitshaq and Ya’acob and ultimately Messiah Yahuwshuwa. Noach died at age nine hundred and fifty.

Life after the flood consisted of one giant community based in the region known as Mesopotamia, specifically with the building of the city Babel by Nimrod. Nimrod is described as being a mighty hunter before YaHuWaH however this has historically been understood that this refers to his battle against YaHuWaH by building his pagan cities and constructing the Tower of Babel or Migdal Babel.

Beresheeth (Genesis)11: 3 And they said to each other, “Come, let us make bricks and bake them thoroughly.” And they had brick for stone, and they had asphalt for mortar. 4 And they said, “Come, let us build ourselves a city, and a tower whose top is in the heavens, and make a name for ourselves, lest we be scattered over all the face of the earth.” 5Then YaHuWaH came down to see the city and the tower which the sons of men had built. 6And YaHuWaH said, “Look, they are one people and they all have one language, and this is what they begin to do! And now, they are not going to be withheld from doing whatever they plan to do. 7“Come, let Us go there and confuse their language, so that they do not understand one another’s speech.” 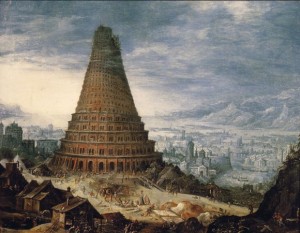 Whenever YaHuWaH observers the works of man to judge it is refered to as “going down”, for YaHuWaH he is the Sovereign of the Universe. Man spoke the Qodesh Lashan or Set Apart Language which was used to create all that is seen and unseen. All the people were gathered as one and they set out to create a high place of worship, which would serve many esoteric purposes. Therefore YaHuWaH judging the intentions of man and seeing the power of their unity confounded their language and therefore the tower was called Babel which means confusion. This would later be the focus of Nebuchadnetsar’s Babylon or “Babel” and the origin of the infamous “Mystery Babylon.” The religion of ancient Babylon can be found all over the world masked by the differing languages, politics and confusion that took place when YaHuWaH confounded their languages and split the nations up and sent them to their lands, dividing them. The worship of all pagan deities in some way would forever be linked to the tower of Babel and Nimrod and all that is wicked and hated by YaHuWaH.

At the time of the Tower Babel, Noach was still alive, with him Shem and of course Abraham.
Noach’s son, Shem, fathered a son named Achparshad. Achparshad fathered Shelach; Shelach’s son was Eber, which means one who crosses over, also where Aber, Iber, Ibri and other such words comes which are translated “Hebrew”. Eber fathered Peleg whose name means “division” for in the year of Peleg’s death the division of humanity into nations occurred. Peleg’s fathered Reu; Reu’s son was Serug; Serug begot Nachor; and Nachor was the father of Terah.Terah had three sons initially, Haran ended up dying in his father’s lifetime; Nachor; and Abram. Abram married Sarai meaning “my princess” and Sarai was barren, having no children.

Beresheeth (Genesis) 11:31 And Terah took his son Abram and his grandson Lot, son of Haran, and his daughter-in-law Sarai, his son Abram’s wife, and they went out with them from Ur of the Chaldeans to go to the land of Kena’an. And they came to Haran and dwelt there. 32 And the days of Terah came to be two hundred and five years, and Terah died in Haran.