Hebrew Word/Phrase of the Week: Tazria

This week’s Torah Portion is called Tazria (תזריע). Tezria means “she conceived”. YHWH tells Moshe what the Priests (Kohen) are to do in situations such as when a woman has a child, or someone may have leprosy.

Chapter 12:  YHWH told Moshe how long a woman would be unclean after having a male or a female child, and when to have a male child circumcised. When her time of being unclean after having the baby was over, she would bring the priest a lamb a year old, as a burnt offering, and a young pigeon or a turtledove as a sin offering. The priest would bring it before YHWH, and make atonement for her and she would be clean. If she couldn’t bring a lamb, then she could bring two turtledoves or two young pigeons. One as a burnt offering and the other as a sin offering.

Chapter 13: If a person had swelling, a scab, boils, infection on the head or in the beard, or anything on their skin like a leprous infection, they would be brought to the priests for a check-up and the priest would determine whether or not it really was leprous.

Fun Fact: If the hair on the infection turned white or thin and yellow and the infection appeared to be deeper than the skin of his body, it was considered leprous. 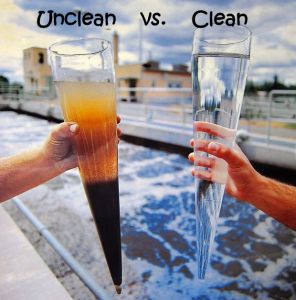 If a person was determined to be unclean because of leprosy, their garments were torn, their head uncovered, and they had to cover their upper lip and cry, ‘Unclean! Unclean!’. For as long as they had the infection, that person was unclean and had to dwell alone, outside of the camp.

Fun Fact: Did you know that the priest even looked at garments for people to consider whether or not there was leprosy on the garment? The priest would sometimes even put it away, just like people until it was determined to be clean or unclean. If the garment happened to have an active leprosy, it was burned.