Hebrew Word/Phrase of the Week: Ha’azinu

Meaning: “To give ear” (listen)

|The Torah Portion this week is called Ha’azinu (האזינו), basically meaning to listen. Moshe sings his song to the children of Yashra’el and goes to the top of Mount Nebo.

Chapter 32: The Torah Portion this weeks begins with Moshe’s song to the children of Yashra’el. It’s really the entire chapter, and the song tells the story of YHWH’s people as a whole- how they continually upset YHWH and will continue to do so in time to come. It starts with Moshe calling on the shamayim (heavens) and the earth to witness against them.

“Give ear, O heavens, and let me speak; And hear, O earth, The words of my mouth.”

Moshe reminds the people of how YHWH is righteous and to consider who it is that created us! Ask your fathers, ask your elders, he says. Then he explains to the children of Yashra’el how YHWH has lifted them up from the wasting, howling desert and has mothered them as a bird “flutters over its young, Spreading out its wings, taking them up, Bearing them on its wings.”

YHWH also caused them to have many items that would have been considered luxurious to have in abundance, like the fruit from the fields, cheeses from their cattle, milk from their flocks, wine and the choicest wheats.

Fun Fact: Talk about special! Moshe even says this:

“And He made him to draw honey from the rock, And oil from the flinty rock”

And what happens next? The people forsake their creator, and even make him jealous with their false mighty ones. Moshe tells them they will neglect YHWH, forget him, and because of all this YHWH will hide his face from them. But in the end, YHWH will forgive the land and the people.

Later that day, after Moshe gives the song to the people, YHWH speaks to him and tells Moshe he must now go up the mountain (Mount Nebo) and finally look at the promised land YHWH will give the children of Yashra’el as a possession. YHWH tells him to look, but not to enter, as this is where Moshe will finally rest.

Fun Fact: Wikapedia online says that on a clear day Jerusalem can be seen from Mount Nebo! 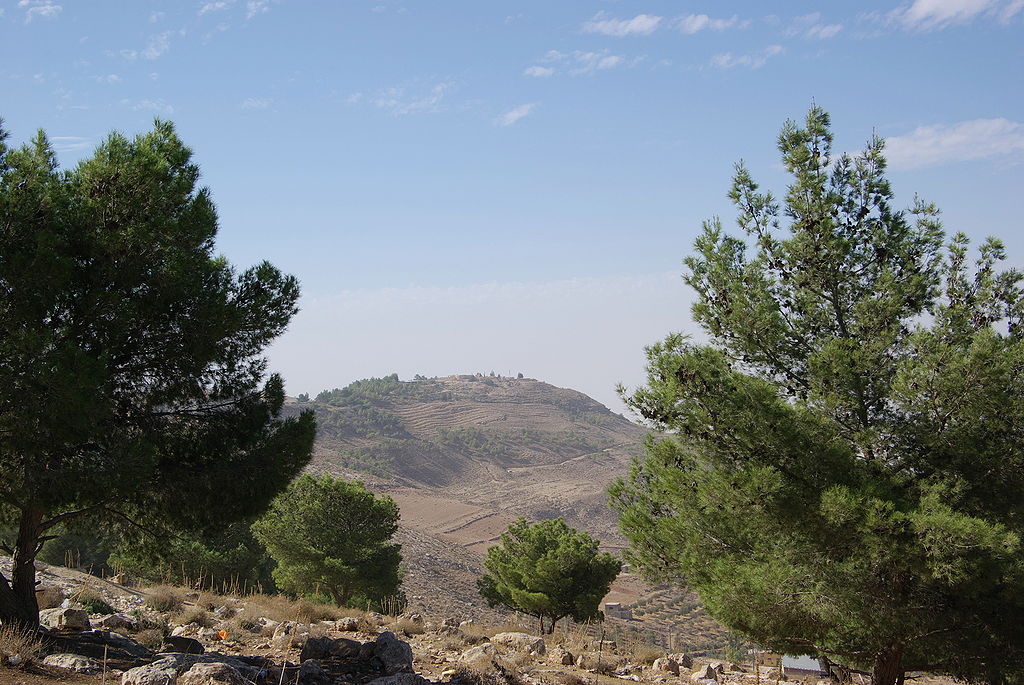 A Picture of Mount Nebo.

Join us next time as we read the final Torah Portion in Debarim (Deuteromony)!