Hebrew Word/Phrase of the Week: Debarim

Debarim (דברים), meaning “words”,  is not only the last book of the Torah, but also the name of this first portion too. Moshe summarizes the journey up for the children of Yashra’el.

Chapter 1: So before Moshe passes away, he repeats the words of the Torah to children of Yashra’el. Sometimes, you just have to repeat things to make sure it’s sinking in! He basically summarizes the journey and starts by telling them that they’ve been there long enough. It’s finally time for them to go and dwell in the land! But before this happens, he reminds the people of how he couldn’t bear the all of them by himself, and how they have now turned into an even larger crowd of people! Moshe tells them that they have become as numerous as the stars in the shamayim (heavens) and YHWH is going to add to them 1,000 times more than what they already are! 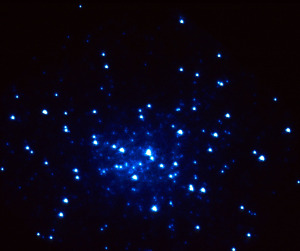 Fun Fact: In our Torah Portion Pinchas (4.8 from Bamidbar/Numbers), we were given the amount of men from each tribe that were going into the army (20 years old and above). Their new total was 601,700. If we multipied this number by a literal 1,000 like Moshe said, that would be 601,700,000 men in the army! If the estimated world population is 7.2 billion, that’s approx 12% of the world! Not including women, children, and the entire tribe of Lewi!

How could Moshe bear the pressure and burdens of all these people? There’s even more of them then there was before! So he reminds them of how he appointed wise and understanding men to be leaders over them, and how the people agreed to it.

Then he recalls to them, how their father’s wanted to send spies into the land to check it out first, and then how all the people refused to go! 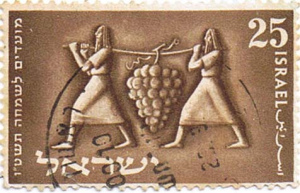 Big fruit, but giants, walled cities, and cities filled with their enemies… They even wanted to go back to Mitsrayim! He reminds them of how he assured them that YHWH would take care of them, just as he had. And then, when they find out what their punishment would be for complaining so much- they decided to go to the land and fight the bad guys! But it was too late and YHWH warned them not to go and fight. But they did anyway, and were chased as bees chase. Then, he states how they were driven to stay in the wilderness for 40 years because of their grumblings.

Chapter 2: Next Moshe replays their journey in the wilderness, telling the people of how they traveled the wilderness for many days to different places. And when they went through Se’ir, they weren’t allowed to bother the people and the land was not given to them because YHWH had given it to the descendants of Esaw. And then when they passed through Ar and Ammon (a land of the Mo’abites), the same was done because these places were given to Lot’s descendants by YHWH. Then by the time they came near, 38 years had passed and the rest of the generation left from before finally passed away too.

Fun Fact: When the land of Esaw’s descendants and Lot’s descendants are mentioned, it says that there were giants previously living in their lands too, and says how YHWH destroyed the giants before them, and they were able to possess their lands!

After this, Moshe recalls Sihon, the King of Heshbon, and how when they asked to pass over his land like they did with the descendants of Esaw and Lot, the king gave them a really hard time and wouldn’t let them! But YHWH gave the children of Yashra’el that land and there was not a city too tall for them to conquer, because YHWH gave it to them.

Chapter 3: Then they did the same to Bashan, a land that came to fight against Yashra’el- and they did the same to them as they did to land of Sihon. They captured all all of his cities (60), fenced with high walls, gates and bars. But it wasn’t enough to stop them, because YHWH had given the children of Yashra’el the land, along with many un-walled towns. And the tribes of Re’uben, Gad and the 1/2 tribe of Menashshesh were given their inheritance, but under the agreement that couldn’t have rest from fighting like their brother tribes, until all of the tribes received their inheritance too. And then, Moshe recalls how he told Yahuwshuwa son of Nun not to fears, for YHWH fights for you. To be continued…