Hebrew Word/Phrase of the Week: Behar

Meaning: ”’On the Mountain”

The Torah portion this week is called Behar (בהר), which means “On the Mountain.” YHWH gives his promised land a sabbath and tells us all the wonderful or bad things that can happen if his people do or don’t keep his commands.

Chapter 25:  In our previous Torah Portions, we learned that the Sabbath is a day YHWH set aside for us to rest. But what about the land? Well YHWH told Moshe to tell the chidren of Yashra’el that when they came into the land that he promised them, that then they should observe a sabbath for the land. So you know how we have a sabbath every week on the 7th day? YHWH’s promised land would get a rest also, but every 7 years. In the 7th year, the land would get to rest that entire year. No sowing, pruning… And YHWH knew the people would wonder what they were supposed to do about food. Then of course YHWH also said that he would provide for them and that they would receive 3 years worth of food in the 6 year! That was much more than enough to prepare them for the 7th year. 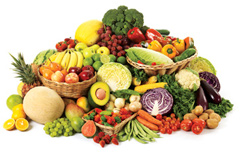 But wait! There’s also another special time YHWH set aside, called the year of Jubilee. This came the year after completing the 7th year of rest 7 times! 7 x 7 = 49, so the year after is when the year of Jubilee would start (50th year) . This was a special year of rest for the land too, but it was also a time YHWH set aside for the children of Yashra’el in the promised land to return things that belonged to another and let servants go free.

Chapter 26: Then YHWH reminds us not to make idols and guard his sabbaths.

Want to know more? Join us next time as we continue to read through Vayikra (Wayyiqra) [Leviticus]!