And Mosheh went and spoke these words to all Yisra’el- Debarim (Deuteronomy) 31:1

This Torah Portion opens וילך WaYelech meaning and he went. Mosheh (Mushah) set out to declare to Yisrael (Yashar’al) that he is now one hundred and twenty years of age and is no longer able to go out and come in. His days have come to an end for YaHuWaH spoke to him “You do not pass over this Yarden.” Therefore Mosheh (Mushah) spends the last day of his life preparing the people for the journey that lay ahead of them.

After this Mosheh wrote the completion of Torah which is to stand as a testimony for and against the children of Yisrael. Then he commanded that this Torah should be read every seventh year on the Shabbath year also known as the Shemittah. He stated that this special reading should take place on the feast of Sukkot (Tabernacles) and should be done in the presence of all Yisrael including the men, women, children, and strangers. This way even the young babes should learn the Torah and it would be transmitted perpetually so that all future generations will hear and obey. This gathering is known as the Mitswah of Hakhel (“gathering”). When Yisrael (Yashar’al) was to eventually choose a Melek (Sovereign) it will be his job to declare the Torah at this special event “that they may hear and that they may learn, and fear YaHuWaH your Elohim (Aluahym), and observe to do all the words of this Torah.” 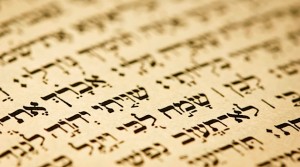 At this point YaHuWaH called to Mosheh (Mushah) and to Yahuwshuwa (Joshua) and instructed them to appear before him in the Mishkan. At this unique conference YaHuWaH related how soon Yisrael would whore after foreign Elohim which are in fact idols of stone and wood. For this reason YaHuWaH gave Mosheh (Mushah) a prophetic song titled Ha’azinu, to put in the mouths of Yisrael. This song would serve for many purposes but the primary and obvious reason is to witness concerning the future failure of Yisrael to obey YaHuWaH. YaHuWaH warned that in the days to come he would hide his Face from Yisrael (Yashar’al) for their disobedience and in that day they would be smitten by their enemies. YaHuWaH then spoke to Yahuwshuwa (Joshua) ben Nun explaining to him that he should be both strong and courageous for he will definitely lead his people to the land of promise. He reassures Yahuwshuwa saying, “I will be with you.”

At the end of this very special meeting Mosheh (Mushah) instructed the Kohanim (Priests) to put the Torah Scroll in the side of the Aron (Ark) of the Covenant. This Sefer Torah (scroll of Torah) was to serve as a testimony against Yisrael (Yashar’al) ,if and most importantly when they disobeyed the covenant. 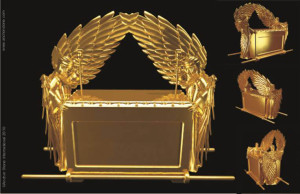