Hebrew Word/Phrase of the Week: Va’etchanan

Meaning: “And I Besought”

The Torah Portion this week is called Va’etchanan (ואתחנן), meaning “and I besought.” This portion is about Moshe recalling to the people the time spent at Mount Horeb, YHWH’s commandments and a bit about the possession of the promised land.

Chapter 3 (Continued): Continuing on from last week, Moshe has been summarizing all the events that the people have been through since they left Mitsrayim (Egypt). He’s reminded them of their punishment of 40 years in the wilderness, and now we get to find out a few more details when Moshe tells the people that he pleaded with YHWH to let him go into the promised land too. But YHWH was so angry that he wouldn’t listen to Moshe and said, “Enough of that!”

Chapter 4: And Moshe goes on to remind the people to obey YHWH’s right-rulings, so that they will live and possess the land YHWH is giving them. For what nation have you ever heard of have things like this happen before? The sea parting, the manna and all the miracles because YHWH chose a specific people for himself. And with this, Moshe also gives the children of Yashra’el warnings- reminding them of what their eyes have seen happen to the ones that didn’t obey and what would happen to them as a people if they didn’t listen to YHWH’s commands in the future, and chased after false mighty ones. Moshe even mentions how YHWH would not show the people his image, but only his voice when they wanted to get closer to him at the mountain in Horeb, just so they wouldn’t try to make an image, like they have made images before! But if and when these things were happen, and the people were dispersed and things got really bad in the future because they started to follow other mighty ones, Moshe tells them that if they will turn to YHWH with all of their heart, that they will still find him. Then Moshe tells the people where a few of the cities of refuge should be.

Chapter 5: After this, Moshe recalls to the people, the time they spent at Mount Horeb, YHWH’s commands and how the people feared for their lives when they heard YHWH speak!

Do you remember the commands YHWH gave at Mount Horeb?

Chapter 6: And then Moshe tells the people to guard all of YHWH’s laws and commands, including what Yahuwshuwa calls the greatest command, the ‘shema’ (Debarim, chapter 6, verses 4-5) Moshe also tells them to speak about these things when you sit in your house, when your walking, when you lie down, and when you rise up. To write them on your door posts, and teach them to your children, and their children.

Fun Fact: When it speaks about writing the commands on your door posts, many people today use what’s called a ‘mezuzah’. 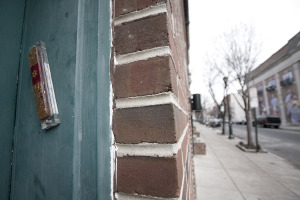 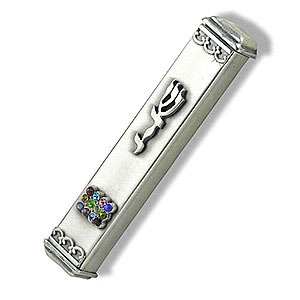 A mezuzah (Hebrew: מְזוּזָה‎ “doorpost”; plural: מְזוּזוֹת mezuzot) is a piece of parchment (often contained in a decorative case) inscribed with specified Hebrew verses from the Torah (Deuteronomy 6:4-9 and 11:13-21)….  A mezuzah is affixed to the doorframe in Jewish homes to fulfill the mitzvah (Biblical commandment) to inscribe the words of the Shema “on the doorposts of your house” (Deuteronomy 6:9).

When your sons ask you in time to come, what’s the meaning of these things, tell the story of the exodus and how YHWH brought his people out of Mitsrayim to give them the land he swore to their fathers.

Fun Fact: Moshe says in this chapter that it’s considered righteousness for us when we guard all of YHWH’s commands.

Chapter 7: And when the children of Yashra’el go to possess the land YHWH is giving them, they will have to clear away many nations, seven being greater and mightier than the children of Yashra’el. Then Moshe warns the people not to inter-mingle with these folks, because they will lead them away from YHWH! Moshe tells them to break down their alters, smash their pillars are more. Moshe reminds the people that they are a treasured possession, above all the peoples on the face of the earth. And not because they were mightier, or greatest, but because of YHWH loving them, and his oath to their fathers. To be continued…