Hebrew Word/Phrase of the Week: Metzorah

This week’s Torah Portion is called Metzorah (מצורע) and means “leper”. YHWH tells Moshe what the Priests (Kohen) are to do in situations such as when someone may have leprosy.

Chapter 14: Last week we learned what to do if someone was pronounced unclean. So, what if they were pronounced clean afterwards? There was still a lengthy process before the person could finally go back to their home. YHWH told Moshe that they should take two clean birds and sacrifice one of them in an earthen vessel over running water. The priest would then take cedar wood, scarlet, hyssop and the live bird and dip them in the blood of the bird that was sacrificed. The person would be sprinkled with the blood seven times and the live bird would be let loose in an open field. Then the person had to wash their clothes, shave off all their hair (eyebrows, beard and all) and wash themselves.

After this, they could come back into the camp, but still had to stay outside their tent for seven more days!

When the seventh day finally came, they had to shave everything again, wash their clothes and wash themselves before bringing their offerings to the priests on the eighth day. Then the priest would take their offerings and anoint the person with the blood from the offering and the oil offering. Now they could go back to their own tent.

Fun Fact: The priests also had the responsibility of checking peoples houses if the person suspected that their home had a plague. If the plague was on the walls and the stones, the infected parts were discarded in an unclean place outside the city and repaired with new clean materials. After that, the house was shut-up for seven days and if it came back again, the house was pronounced unclean because it had an active leprosy and it was torn down and discarded outside the city. 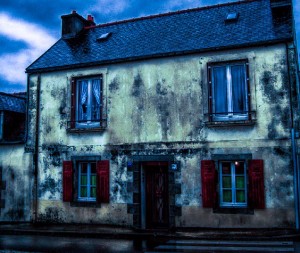 Chapter 15: As for men and women, YHWH also gave Moshe special instructions as to what married couples were to do if one of them in the household was unclean and what other things were unclean because of them until they and their items were washed and considered clean again.