Hebrew Word/Phrase of the Week: Emor

This week’s Torah Portion is called Emor (אמור), which means “says”. YHWH says to Moshe a few of the laws for the priests, an overview of his appointed times and some of his right-rulings.

Chapter 21:  YHWH speaks to Moshe and tells him that the priests (Kohen) are to stay pure. If someone in their family passes, they could only participate in the burial if the person was a close relative, such as a mom or dad, brother, or unmarried sister. As for the Kohen HaGadol (the High Priest), he couldn’t go at all for anyone. And because it was really important for the Kohen to stay pure, they could only marry a maiden from his own people, as anything else- such as woman who was married before, would make the Kohen defiled.

Chapter 22: If a Kohen was unclean for any reason, such as touching a creeping creature that would make him unclean, he definitely couldn’t touch any of the set-apart offerings while he was unclean. The priest that touched it would have to bathe and would be considered clean again when the sun went down. This meant that at evening time, then he could eat his portion of the offerings that he couldn’t touch earlier in the day. And because the offerings were set-apart, not just anybody could eat it. Sojourners, hired servants, and strangers married into the Kohen’s family could not eat the set-apart offerings, even his own daughter if she married a stranger couldn’t eat it.

Fun Fact: When it comes to the set-apart offerings, YHWH tells Moshe that when a bull or a sheep is born, it has to spend seven days with it’s mother. It is only acceptable as an offering after the eighth day. It was also unacceptable to offer a cow or sheep and it’s young on the same day.

Chapter 23: Next YHWH tells Moshe about the appointed times of the year, as these are YHWH’s festivals! This included Shabbat, Passover (Pesach), the Festival of Unleavened Bread (Hag HaMatzah), First Fruits (Bikkurim), The Feast of Pentecost (Shavuot), the Feast of Trumpets (Yom Teruah), the Day of Atonement (Yom Kippur), and the Feast of Tabernacles (Sukkot).

Shabbat is the one time of the week that YHWH set aside as a day of rest for us. It stretches all the way back to the beginning of creation! 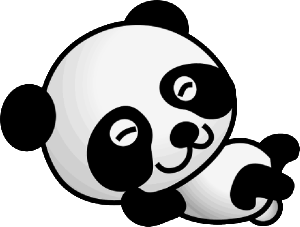 Fun Fact: As the seventh day was observed, so was the seventh month and the seventh year. Then there’s the fiftieth year (the year of Jubilee), which followed seven cycles of seven years.

Pesach is when we remember the exodus story and how YHWH saved us from slavery with his mighty works. It is also a picture of Messiah for us.

The Festival of Unleavened Bread comes right after Pesach and leaven breads are not allowed. Removing them symbolizes removing the leaven (sin) out of our lives.

First Fruits is harvest time for grains. Yashra’el was not allowed to eat any of their new grain until their harvest offerings were made first! This is a picture of Messiah since he rose on First Fruits and is the first fruits offering.

Shavuot is also called the Feast of Weeks. After the grain offering from First Fruits, 7 weeks (50 days) are counted to give us Shavuot. This represents the giving of the Torah on Mount Sinai and the Ruach HaKodesh (sometimes referred to as the Holy Spirit).

Feast of Trumpets (Yom Teruah) is sometimes called Rosh Hashanah and is a memorial of shouting and trumpets. Yom Teruah begins a 10 day period of repentance and forgiveness before Yom Kippur, the Day of Atonement.

Yom Kippur (Day of Atonement) is a day of serious business. It’s the most solemn day out of YHWH’s appointed times. This day was the day that the High Priest would make atonement for all the people’s sins. It is a time of fasting and prayer.

Sukkot (Feast of Tabernacles) is the last feast for the year. This time we celebrate after the forgiveness of our sins. It’s a picture of YHWH’s kingdom in the Millennial reign.

Chapter 24: After this, it came to be that a man fought with another man in the camp and he blasphemed the name of YHWH. When the people brought the man to Moshe, Moshe asked YHWH what the judgement should be. YHWH tells Moshe that anyone, a native or a stranger, that curses the name of YHWH must be put to death. And so all the people that witnessed the man doing so, stoned him with stones. This was the right-ruling YHWH gave to Moshe. And when it came to how people who hurt someone should be taken care of, the punishment would be ‘eye for eye’, ‘tooth for tooth’. If someone killed someone, the same would be done to them.

Want to know more? Join us next time as we continue to read through Wayyiqra (Leviticus)!