Hebrew Word/Phrase of the Week: Bereshith

Meaning: ‘In the beginning ‘

Chapter 1: “In the beginnin 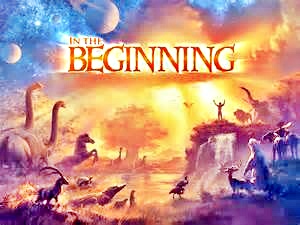 g (Bereshith) Elohim created the heavens and the earth.” On day 1, YHWH separated the light from darkness, and called them day (yom) and night (laylah). On day 2, YHWH separated the waters from above and the waters underneath, so the sky was created. On day 3, YHWH separated the land and the sea, and made grass, plants with seeds, and even fruits trees! On day 4, YHWH placed the sun, moon and stars in the sky to give light on Earth, and to give us days and years. On day 5, YHWH filled the seas with so many different fish and made plenty of birds. On day 6, YHWH created land animals and the first human beings, Adom (Adam) and Hawwah (Eve).

Chapter 2: On day 7, YHWH rested from the work of creating and set it apart from all the other days because he rested. This was the beginning of Shabbat. This chapter also goes on to tell us more about his creation, and how YHWH created man (Adom) to take of care of the garden and even let him name all the animals. YHWH told him he can eat the fruit from any of the trees in the garden. However, YHWH also told him NOT to eat from the tree of the knowledge of good and evil. One day, while Adom is in a deep sleep, YHWH creates Hawwah from a rib of Adom’s. She becomes Adom’s wife and they live happily. They were both naked, but they were not ashamed.

Chapter 3: There were many different animals and all kinds of life in the garden. “And the nahash (serpent) was more crafty than all the lives of the field which Elohim had made”, and he convinces Hawwah to eat from the tree of the knowledge of good and evil. Then she does! And gives it to Adom and he eats too. Both of them realize they are naked and sew fig leaves together for clothes. YHWH knows they ate the fruit, so Adom and Hawwah are thrown out of the Garden of Eden as punishment and from that day on they have to work hard.

Chapter 4: After they leave the garden for disobeying, Adom and Hawwah have two children. Qayin (Cain) and later, Hebel (Abel). One day after the two gave offerings to YHWH, Qayin is very angry when YHWH does not accept his offering, but accepts Hebel’s. Later, when they are both in a field together, Qayin kills Hebel. YHWH curses Qayin for killing his brother and he becomes a wanderer. Eventually, Adom and Hawwah have another child named Sheth. “Then it was begun to call on the Name of YHWH.”

Chapter 5: Now we get to learn more about the family tree of YHWH’s righteous people. Adam has Sheth, who has Enosh, who has Qeynan, who has Mahalal’el, who has Yered, who has Hanok, who has Methushelah, who has Lemek, who has Noach! That makes Noach the 7th great grandson of Adom!

Chapter 6: And so as time goes on, people begin to increase in numbers and so do their sins. YHWH is grieved that he has made man and decides he will not always strive with man. So man’s days are now numbered to one hundred and twenty. And because man’s wickedness has  grown so much, YHWH decides he will destroy the earth. But Noach finds favor. (…to be continued next week!)