And Yaacob was settled in the land where his father had sojourned, the land of Kena’an. –Beresheeth (Genessis) 37:1

This Torah portion begins “WaYesheb Ya’acob”  meaning and settled Yaacob, thus the title “VaYeshev”. Immediately in verse two we read “This is the Toldot (genealogy) of Yaacob: Yahuwseph being 17 years old was feeding the flock with his brothers”… The lineage of Yaacob begins with the name Yahuwseph although chronologically he is the 11th son. We know that Ya’acob loved Rachel more than her sister Leah according to scripture. Rachel remained barren for many years while she watched her sister, her sister’s handmaid and even her own handmaid give birth to boys by the love of her life, Yaacob. Yaacob only intended to marry Rachel, he worked 7 years two consecutive times to have her. Her firstborn son, Yahuwseph would receive the double portion and be reckoned as the heir. We know that Yaacob loved Yahuwseph more than all his brothers and made him a ketonet passim (פַּסִּים כְּתנֶת) literally a “long covering tunic” which has been called a coat of many colors. A ketonet is long sleeved, generally knee or ankle length and made with fine linen. In ancient times such tunics worn in Asiatic cultures like that of the Arameans and Hebrews (Ibrim) designated royalty! The Torah states that when his brothers saw that he was loved more than them “they hated him”. Yahuwseph was given a dream from YaHuWaH to confirm his position among his brothers.

Beresheeth (Genesis) 37:7“See, we were binding sheaves in the midst of the field, and see, my sheaf rose up and also stood up. And see, your sheaves stood all around and bowed down to my sheaf.” 8And his brothers said to him, “Shall you indeed reign over us? Shall you indeed rule over us?” So they hated him even more for his dreams and for his words.

YaHuWaH spoke to Yahuwseph yet again by dream confirming by two witnesses. 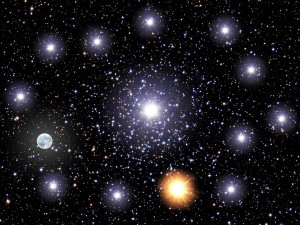 Beresheeth (Genesis) 37:9 And he dreamed still another dream and related it to his brothers, and said, “See, I have dreamed another dream, and see, the sun and the moon and the eleven stars bowed down to me.” 10And he related it to his father and his brothers. And his father rebuked him and said to him, “What is this dream that you have dreamed? Shall we, your mother and I and your brothers, indeed come to bow down to the earth before you?” 11 And his brothers envied him, but his father guarded the word.

Yaacob made his favorite son Yahuwseph, an overseer of his brothers. One day Ya’acob sent his beloved Yahuwseph, to check on his elder brothers, who were supposed to be shepherding in Shekem. He found his brothers in Dothan and as they watched him coming from the distance, they plotted to murder him out of jealousy. Reuben, the eldest, convinced his younger brothers not to shed the blood of Yahuwseph. He suggested throwing him in a pit instead with the intent of freeing him later. The brothers stripped Yahuwseph of his royal tunic and threw him in the pit. Interestingly enough it was Yahuwdah who decided to sell Yahuwseph as a slave for 20 pieces of silver to Yishmaelites merchants on their way to Mitsraim (Egypt). Reuben was unaware that these events had transpired and returned to find Yahuwseph gone. To cover their tracks the brothers killed a male goat and dipped the royal tunic in the blood to present to their Father Yaacob. When Yaacob learned of the “death” of Yahuwseph he mourned and could not be comforted even saying it is better that he die and go to Sheol (the grave) to be with his son. 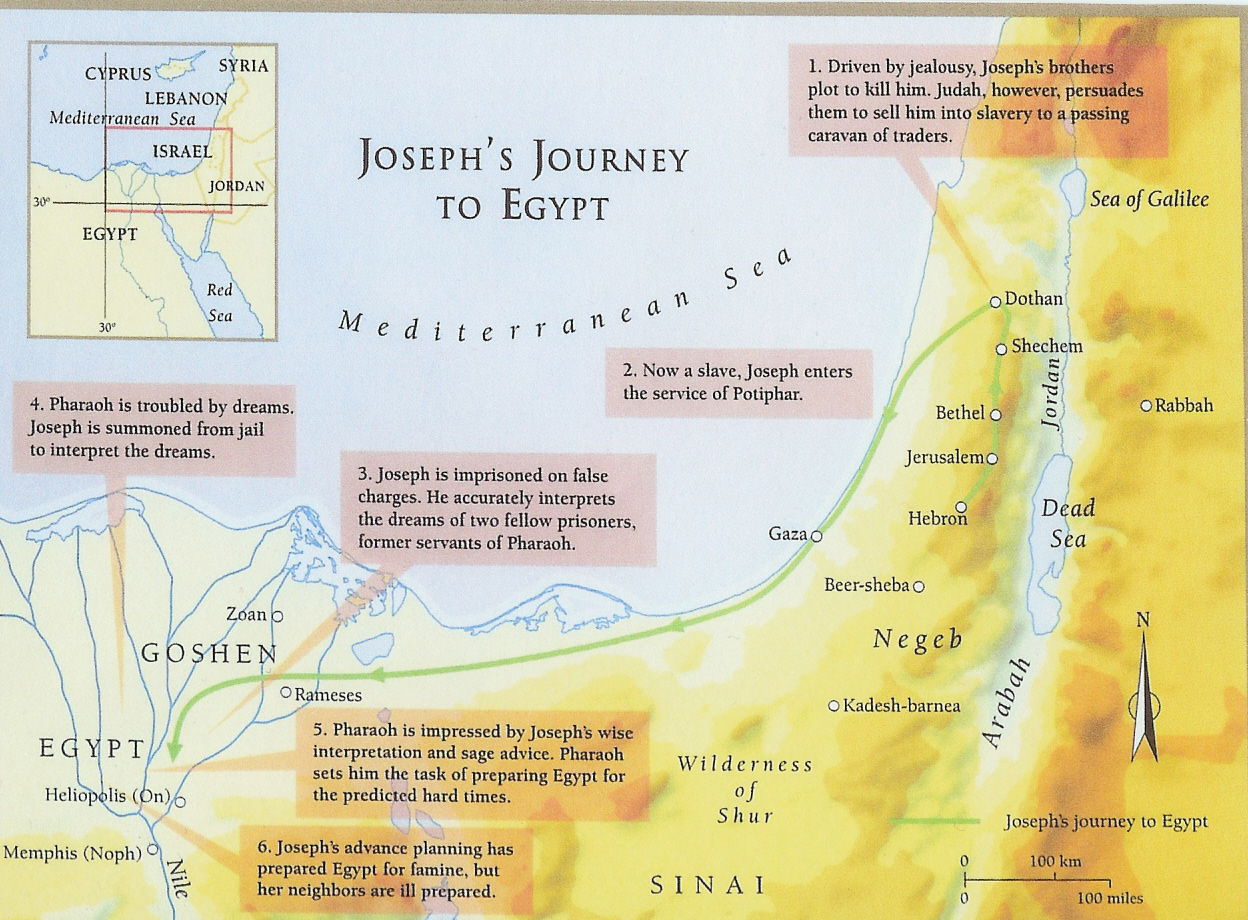 Yahuwseph is a foreshadowing of the suffering of Messiah. Yahuwseph was on a journey to reach his brothers and to help them when he was betrayed by them. Messiah Yahuwshuwa came for “the lost sheep of Yisrael” and was betrayed by his brothers. Yahuwseph went into the pit, and Yahuwshuwa went into the grave. Yahuwdah suggested selling Yahuwseph for 20 pieces of silver and it was Yahuwdah IshQerioth (aka Judas Iscariott) who sold out Yahuwshuwa for 30 pieces of silver. The sacrificial blood of a male goat was shed “to cover” the sin of the brothers who sold Yahuwseph echoing the Yom Kippur (Day of Atonement) sacrifice and the blood of Messiah covered the sins of his brothers. The blood of a goat was presented to Yaacob to represent the blood of Yahuwseph and it was the blood of Messiah presented to His Father that represents the blood of the atonement!

After these events the Torah turns to relate the marriage of Yahuwdah (Judah) to a Canaanite woman named Shuwa.  Together they had three children: Er, Onan and Shelah. Yahuwdah יְהוּדָה and Shuwa’s שׁוּעַ names come together and point to Yahuw-shuwa יְהוֹשׁוּעַ! When Yahuwdah’s eldest son, Er came of age he married a Canaanite woman named Tamar. However, Er was “wicked in the eyes of YaHuWaH” and he died childless. Yahuwdah then promised Tamar his second son Onan, that he may give a child to his brother’s widow so that the name of Er would not be cut off. Onan sinned by “spilling his seed” in order to avoid the obligation, therefore YaHuWaH took his life. Yahuwdah was reluctant to give his third son to marry Tamar, but he told her he would do so as soon as Shelah came of age.

Realizing that Yahuwdah was not going to fulfill his promise and give his son, Shelah, Tamar disguised herself as a prostitute and seduced Yahuwdah himself. When Yahuwdah heard that his daughter-in-law was pregnant he ordered her to be burned alive for whoring (z’nut). Tamar presented Yahuwdah’s pledge of payment and he publicly confessed he was the father. Tamar then gave birth to twin sons, Zerah and Perez. Yahuwshuwa Ha’Mashyach descended from this union of Yahuwdah with Tamar by the line of Perez.

The Torah returns to the life of Yahuwseph who was sold to Potiphar, servant of Pharoah King of Mitzraim (Egypt). YaHuWaH was with Yahuwseph and made him great, in so much that Potiphar gave all his affairs to Yahuwseph. Potiphar’s wife found Yahuwseph irresistible and attempted to be intimate with him. This happened many times until she finally accused him of “going in to her, to mock her”. Yahuwseph was thrown into the royal dungeon as an innocent man. In prison he was given favor and power over all the other prisoners by the guard. At the end of this portion we see Yahuwseph interprets the dreams of Pharoah’s royal wine barer and his chief baker. Yahuwseph accurately interpreted that the royal wine barer would be restored to his position in three days, while the chief baker would be hung in three days. This is the event that would ultimately bring him before the Pharoah to interpret two dreams for the King himself.

The chief butler related his dream saying, “Behold, a vine was before me. And on the vine were three branches; and it was as though it budded, and its blossoms sprang forth, and its clusters brought forth ripe grapes. Pharaoh’s cup was in my hand; I took the grapes and pressed them into Pharaoh’s cup, and I gave the cup into Pharaoh’s hand.”

Yahuwseph’s  interpretation is: “The three branches are three days. In another three days Pharaoh will lift up your head, and restore you to your place; you shall place Pharaoh’s cup into his hand, as was the case when you were his butler.”

The chief baker also relates his dream saying “I also in my dream, behold, I had three baskets of white bread on my head. And in the uppermost basket there all types of baked foods for Pharaoh; and the birds ate them out of the basket upon my head.”

The chief baker actually had white bread in his basket.  This was the first warning sign, presenting white bread that lacks life to the Pharaoh.  The birds descending sealed the interpretation which Yahuwseph responds with “The three baskets are three days. In another three days Pharaoh will lift up your head from off you, and hang you on a tree; and the birds shall eat your flesh from off you.”

Yahuwseph acknowledged that dreams and interpretations come from YaHuWaH. Let us allow the Elohim of Yahuwseph, Yaacob, Yitshaq and Abraham be the author and interpreter of our dreams as well. One day we may be dressed in a royal tunic and the next bound in the lowest dungeon but YaHuWaH will be with us and he is forever loyal, and rich in chesed (loving kindness)!