And YaHuWaH spoke to Mosheh on Mount Sinai, saying,  “Speak to the children of Yisrael and say to them, ‘When you come into the land which I give you, then the land shall observe a Sabbath to YaHuWaH.- Wayyiqra (Leviticus) 25:1-2

This Torah Portion is entitled בהר B’har meaning on the mountain. YaHuWaH spoke to Mosheh (Mushah) on Mount Sinai commanding that when the children of Yisrael inherit the promised land that they must allow the land to have a Shabbat every seven years. 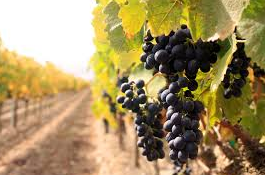 Whatever grows of its own in the field or vineyard is not to be harvested on the Shabbath year.

Wayyiqra (Leviticus) 25:5 ‘Do not reap what grows of its own of your harvest, and do not gather the grapes of your unpruned vine, for it is a year of rest for the land.6‘And the Sabbath of the land shall be to you for food, for you and your servant, and for your female servant and your hired servant, and for the stranger who sojourns with you,7and for your livestock and the beasts that are in your land. All its crops are for food.

YaHuWaH operates in cycles of seven.  Seven represents perfection, completion and order.  The Shabbath years were designed for practical agriculture purposes but also to increase our Emunah (belief and endurance) in YaHuWaH as our provider!

Wayyiqra (Leviticus) 25:20 ‘And since you might say, “What do we eat in the seventh year, since we do not sow nor gather in our crops?”21‘Therefore I have commanded My blessing on you in the sixth year, and it shall bring forth the crop for three years.22 ‘And you shall sow in the eighth year, and eat of the old crop until the ninth year. Eat of the old until its crop comes in. 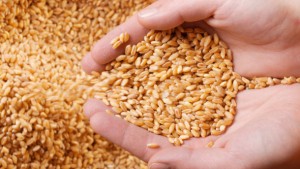 The Shabbath year is also called the Shmittah year. The word Shmittah means to let go, release or withdrawl. It is called Shmittah due to the fact that all debts were to be released and all loans forgiven for the native born. You can find this information in a future Torah Portion. Refer to Debarim known as Deuteronomy 15:1-4.

Wayyiqra (Leviticus) 25:8 ‘And you shall count seven Sabbaths of years for yourself, seven times seven years. And the time of the seven Sabbaths of years shall be to you forty-nine years.9‘You shall then sound a ram’s horn to pass through on the tenth day of the seventh month, on the Day of Atonement cause a ram’s horn to pass through all your land.

The word Yobel from which we get the term “Jubilee” actually means “ram’s horn.”  The Yobel or ram’s horn is a type of shofar or horn that comes from a kosher animal which has been converted into a “trumpet.”  Often we see this trumpet also called a shofar.   An example of this usage can be found in Yahuwshuwa (Joshua) 6 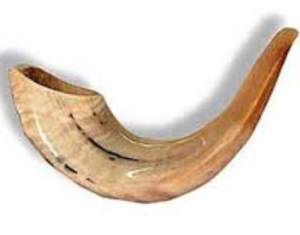 In the 7th set of Sabbath years, which would be the 49th year, the Yobel (ram’s horn) would pass through the land in the 7th month during Yom Kippur (Day of Atonement) to let all know that the following year, the 50th year is in fact a Yobel (Jubilee). We see this same picture in the previous Torah Portion dealing with the annual feasts of YaHuWaH. The festival known as Shabuot (Shavuot), called the Feast of Weeks is determined each year by numbering seven  completed weekly Sabbaths and numbering the fiftieth day as the day of the feast.  Therefore Shabuot is referred to as Pentecost, meaning a count of fifty by the Greeks.

The Yobel is a year of freedom, on which indentured servants are set free and inherited lands return to their promised owners. The fiftieth year is also a year on which work on the land ceases, as in the seventh year of each Shabbath cycle.

The Parshah continues to outline the Torah’s laws on commerce and property rights. This is because of the fact that the Yobel and Shabbath years are directly correlated to all transactions regarding property.

Objects that are sold, outside real estate and people, can be permanently sold from one person to the other. Examples would be clothing, food, services etc, all these can be sold permanently. YaHuWaH does warn, however that when we buy or sell, “You shall not defraud one another.”

The Promised Land also known as the land of Yashar’al or Yisrael is to be divided by tribe for an everlasting inheritance.   “The land may not be sold for ever, for the land is Mine; for you are strangers and sojourners with Me.”

After two years from the time of the sale, the seller, or his close relative, has the option of “redeeming” the field from the buyer by giving him the corresponding value of the remaining years until the Yobel (Jubilee).

If the sale is a home within a walled city it can only be”redeemed” during the first year only. If the seller or his relative do not redeem this home, it remains in the hand of the buyer, it does not return to its original owner on the Yobel (Jubilee) year.

For Lewites however the law is different. Lewi does not inherit land in the Promised Land however their portion is YaHuWaH. Due to the fact that they do not own land, any and all homes that they own, be it in the field or in the city, return to them in the Yobel (Jubilee).

Treatment of the Poor

Wayyiqra (Leviticus) 25:35 ‘And when your brother becomes poor, and his hand has failed with you, then you shall sustain him, and he shall live with you, like a stranger or a sojourner.36‘Take no interest from him, or profit, but you shall fear your Elohim, and your brother shall live with you.37‘Do not lend him your silver on interest, and do not lend him your food for profit.

Wayyiqra (Leviticus) 25:39 ‘And when your brother who dwells by you becomes poor, and sells himself to you, do not make him serve as a slave.40 ‘But as a hired servant, as a settler he is with you, and serves you until the Year of Jubilee.41 ‘And then he shall leave you, he and his children with him, and shall return to his own clan, even return to the possession of his fathers.42‘For they are My servants, whom I brought out of the land of Mitsrayim, they are not sold as slaves..

Yashar’alites (Yisraelites) were not allowed to own each other as slaves but to take from the other nations their slaves.

Wayyiqra (Leviticus) 26:1 Do not make idols for yourselves,and do not set up a carved image or a pillar for yourselves, and do not place a stone image in your land, to bow down to it. For I am YaHuWaH your Elohim.2 ‘Guard My Sabbaths and reverence My set-apart place. I am YaHuWaH.

Torah scholars throughout the ages have equated the Yobel (Jubilee) to the time of the coming of Messiah.  It has been taught by various Pharisaic sources that the Messiah will be revealed on a Yobel and with the sound of a great trumpet.  Of course we know that when Yahuwshuwa the true Messiah returns he will come with a shout and the sound of a great shofar!